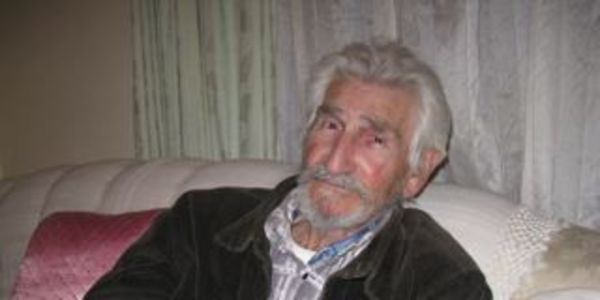 THE NSW TRUSTEE AND GUARDIAN ARE A LAW UNTO THEMSELVES WITH NO RECOURSE FOR PERSONS WHO ARE UNDER THEIR DICTATORSHIP. END THEIR TYRANNICAL SUPPRESSION OF PEOPLE'S LIBERTY AND MAKE SURE AN INDEPENDENT WATCHDOG IS SET UP TO MONITOR NSW TRUSTEE DECISION MAKING IS IN THE PROTECTED PERSONS BEST INTERESTS NOT THE NSW TRUSTEE'S BEST INTERESTS.

WHY IS THIS IMPORTANT TO YOU?

If you are a disable person and are taken to the Guardianship Tribunal and are put under the Public Guardian and the NSW Trustee, then  the NSW Trustee will  manage your finances and take a proportion of your assets every month as thier fees.

The Public Guardian makes decisions where you live, your health and dental. Your family have no say in your health, or financial affairs what so ever. If you had a Enduring Power of Attorney and or an Enduring Guardian before being put under the NSW Trustee and Guardian  it will be worthless.

In the Public Interest this sad story involves EVERY AUSTRALIAN.This could happen to you.  Mr A Carew a 91 year old man with dementia cared for by his daughter is slowly been stripped of his assets by the NSW Trustee and Guardian.

His daughter and carer, a animal rights advocate (Bilpin Horse Rescue)  in 2012 presented various properties for approval to the NSW Trustee for her father to buy to live in, as they had no permanent accommodation for themselves and their animals.The NSW Trustee refused to release Mr Carew's money to buy  any property. WHY? No reason was given.

Do you think this is right ?

His daughter, took the matter to the Supreme Court of NSW in 2012 to ask his Honour to make a ruling that her father could buy a property to live in with his assets. The Supreme Court had the power to grant the request, but refused to exercise that power.What is the point of giving a court power that they refuse to use?

It was sadly a case of one Government body protecting another. The cost to Mr A Carew's estate was $92,000. The daughter went to court for her father and the NSW Trustee defended their decision in court using Mr A Carew's money. The NSW Trustee were given indemnity costs which amounted to over $44,000 of Mr A Carew's  money and took costs when the Judge stated that neither side were to charge the other for court costs.To get some of that money back that the NSW Trustee have no right to, will cost Mr A Carew's estate more money. ARE YOU GETTING THE GENERAL PICTURE NOW. THIS IS A TOTAL ABUSE OF POWER. DO YOU THINK THIS IS RIGHT? WOULD YOU LIKE IT TO HAPPEN TO YOU? IT COULD HAPPEN TO YOU.

Mr A Carew's daughter then appealed to the NCAT in Goulburn Street SYDNEY NSW to review the Trustee's decision that they refuse to release Mr A Carew's assets to buy a property to live in. The Judge who heard the appeal at the NCAT, upheld the decision made by the Trustee not to allow  Mr. Alan Carew, his own money to buy his own property. The Judge found that it was resonable to disssipate Mr Carew's  assets within three years and, then have him cared for in a Nursing home facility.

The Judge  was clearly bias against the daughter, Ms Paula Carew  who wanted to preserve her father's assets. If it was the Judges money would he have fritted it away within a three year period on rent and incidentals instead of purchasing a property in which to reside. The Judge at the NCAT hearing had made up his mind against Mr Carew  before he walked into the court room.

The Judge without having met Mr Carew, or his daughter, and who has no medical training, then lectured the court room on the progression of Mr Carew's dementia and that Mr Carew's daughter who had been looking after her father for 20 years, did not have the qualifications to look after her father. The Judge did not produce evidence to back up this outrageous statement.

The NSW Trustee have not acted in Mr Carew's best interests. It is everyone right to own their own home if they can afford to. HELP Mr ALAN CAREW GET HIS MONEY RELEASED FROM THE GREEDY HANDS OF THE NSW TRUSTEE TO BUY A HOME FOR HIMSELF TO LIVE IN BY SIGNING THIS PETITION.

By refusing to allow Mr Carew the right to own his own home, the NSW Trustee is forcing Mr Carew  and his daughter to pay the high costs associated with rental accommodation, unnecessary financial costs of having to move every year and are placing extreme physical, emotional and financial burden on an old demented man and his daughter. This is a complete abuse of power and a dictatorship over people who cannot defend themselves because the laws are made to protect the NSW Trustee and Guardian not the protected person. Every person in Australia is affected by this abuse.