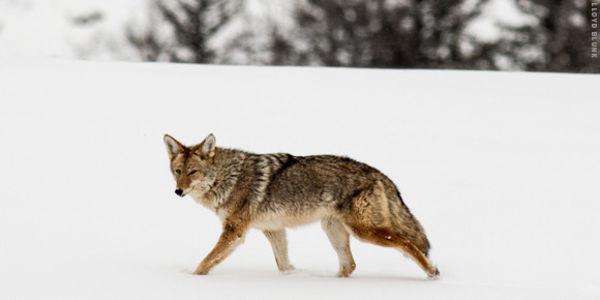 Oregon lawmakers have introduced legislation that would ban coyote killing contests across the state, and we need your help to ensure the legislation passes.

Coyote killing contests are organized events in which participants compete for cash and prizes by indiscriminately killing the most, the heaviest, or even the smallest coyotes over a specified time period. Afterwards, away from public view, the carcasses of the animals are usually dumped.

Coyote killing contests are cruel and have no place in a civil society or in modern wildlife management. These events can result in hundreds of animals being wiped off a landscape in a single weekend.

In fact, in the last year, more than 500 coyotes have been cruelly and indiscriminately killed in coyote killing contests in Oregon, including in the most recent killing contest held in January 2021, where more than 272 coyotes were killed in a two-day contest in Southeast Oregon.

Motivated by financial rewards, these contests are grossly out of step with the ethics of fair chase, modern, science-based wildlife management, and Oregon's conservation centered values.

Coyote killing contests are cruel, barbaric, and wasteful, which violates fundamental hunting principles. Such contests demonstrate a complete lack of respect for wildlife, promote gratuitous violence, and send the irresponsible and disturbing message that wanton killing is fun. In killing contests, the carcasses of the animals are usually wasted, and the principles of fair chase are frequently disregarded. These events also orphan an untold number of pups, leaving them to die from thirst, starvation, predation, or exposure.

Allowing a small group of individuals to engage in wanton waste of a wildlife species as part of a contest is a grave violation of the state's solemn duty to protect this public interest by managing wildlife in trust for all Oregonians.

More than nine killing contests have been held in Oregon in recent years, most recently in January 2021 in southeastern Oregon, where more than 270 coyotes were killed over a two-day period for the chance to win thousands of dollars in cash and prizes. More than 500 coyotes have been killed in these events since 2020.

The indiscriminate killing promoted by coyote killing contests is counterproductive to effective wildlife population management. Scientific studies have shown that coyote populations depleted by unnatural means simply reproduce more quickly due to the sudden drop in competition for resources and changes to social structure from the loss of individuals. This disruption of pack structure can also increase conflicts with livestock. Loss of coyotes negatively impacts the environment because they are an integral part of healthy ecosystems.

This legislation is important to me, and I encourage you to support it. I look forward to your response on this matter.