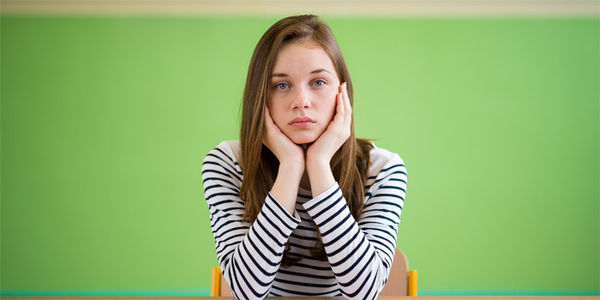 People can complain all they want about Millennials, but one amazing thing we've done is break down stigmas regarding mental health and therapy. In the same way that you should see a specialist if you had physical internal bleeding, it's a good idea to see a psychotherapist when you're struggling with emotional pain or not feeling your best.

Yet for all our groundbreaking efforts to bring therapy into the public eye, we've still got a real problem on our hands. And that's access, particularly in rural areas of the country.

Take, for example, Tara Roberts from Jackson, Mississippi. She has two children who've been diagnosed with a variety of emotional and behavioral disorders. Right now, she's especially concerned about her 18-year-old son. He just aged out of the public school system, where he was receiving therapy from a licensed school counselor. He's also on a cocktail of psychiatric medications. Now that he's not in school, she's not sure where to turn in order to get him the right mental health care.

While there are all sorts of medical doctors in her community — cardiologists, pediatricians, primary-care physicians — there are very few therapists or even psychiatrists. And her neighborhood is not alone.

Right now, lack of access to mental health care in the United States has reached a crisis point. Approximately 17 million children in the U.S. currently struggle with a diagnosable mental health disorder, but 75-80% of those youths do not have access to the mental health services they need. To focus on just one type of mental health providers, there are only around 8,000 child psychiatrists in the US — that's 1 provider for every 10,256 children.

Even worse, these doctors are not spread out evenly throughout the country. In fact, in 70% of U.S. counties, there are no child psychiatrists at all. While we don't have complete statistics on child therapists, preliminary research suggests a similar shortfall and regional inequality. And even if you're considering therapists who only work with adults, we see the same pattern: in general, there are fewer therapists, psychologists, and psychiatrists in non-metropolitan areas.

To be clear, mental health care is imperative for individuals' well-being and for our society as a whole. Suicide is the second leading cause of death for teenagers and young adults, but therapy can help. Therapy also dramatically decreases individuals' use of emergency services like ambulances and hospitals, thus saving both lives and the system's money. Not providing these critical services is NOT an option.

Sign the petition to demand that the U.S. government take action to promote mental health care access throughout the entire country!
Sign Petition
SHAREShare this petition with friends!TWEETEMAILEMBED
Sign Petition
See more petitions:
You have JavaScript disabled. Without it, our site might not function properly.