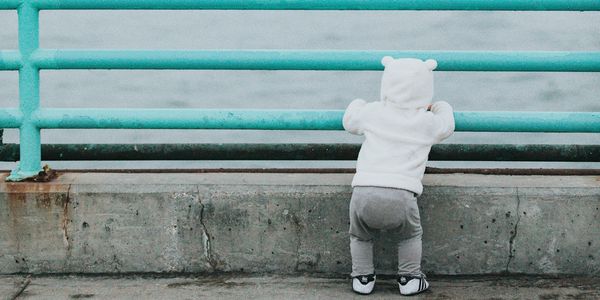 When, in April of 2018, the Office of Refugee Resettlement (ORR) signed a formal memorandum of agreement with Immigration and Customs Enforcement (ICE) to share its therapy notes, it not only formalized these children's betrayal, but went some way towards destroying the integrity of psychological therapy as a whole.

For a child, containment in an ORR facility is usually only the most recent in a series of traumatic events, which include experiences of violence, deprivation, loss, separation from caregivers and dislocation from their homes and previous lives. Laws are in place to attempt to mitigate the effects of the nightmares these children have endured, including one that mandates that they be seen by a therapist within 72 hours of being taken into custody, and weekly thereafter during detainment. These children are desperate for care, warmth, someone to talk to, a chance to tell their stories to someone they can trust. In any other therapy setting, this trust would be upheld, but for these most vulnerable of psychotherapy "patients," it often leads not to healing, but to incarceration, deportation, and a return to life-threatening danger.

ORR's mandates put children in an impossible bind: Arriving children are told, on the one hand, to be honest with their therapists, and many therapists incorrectly assure them of confidentiality. On the other hand, the things the children say in supposed confidentiality could affect their release, particularly if they mention involvement with gangs or drugs. Many children are not able to process such disclaimers, desperate as they are for someone in whom to confide. Others are simply not told, or are lied to, reassured that their statements are confidential or not relevant to their immigration determinations.

Although some therapists attempt to protect children by selectively abridging their notes, other therapists aren't even aware themselves that their notes can endanger the children in their care. In these ways, and overwhelmed by the sheer weight of the tragedies to which they must bear witness, even well-meaning clinicians find themselves as tools of the most destructive policies of the state.

But aren't detainees' therapy notes protected by HIPAA laws? The question hasn't yet been conclusively settled in the courts; Trump Administration officials are, apparently, more than comfortable to claim that they are not, despite a Supreme Court ruling protecting psychotherapist-patient privilege (Jaffe v Redmond, 1996). Federal HIPAA legislation can be superseded by state law, and does not apply to minors, requiring authorization by their parents or guardians. Trump Administration procedures require children's sponsors – those family members who are entitled to receive custody of their separated children – to undergo background checks. Thus, many undocumented parents are afraid to step forward to take possession of these children, despite the fact that they technically have the legal right to do so, per the Flores Agreement of 1997, let alone to sign their HIPAA attestations. This leaves desperate kids with no one to turn to but therapists. ICE claims that it is the acting guardian of these children, and thus has the right to decide how the information from therapy sessions is used, even if it means using the children's words as weapons against them in their asylum hearings.

Therapy's capacity to heal is completely dependent upon a premise of confidentiality between psychotherapist and patient. The very foundation of the treatment rests upon the patient's freedom of speech, so that disturbing events, thoughts, feelings, fantasies and desires can be expressed in words within the containing relationship between practitioner and patient. People come to therapy to say what they cannot say anywhere else, and will only feel free to do so with the understanding that their confidence will not be betrayed, and that their providers can be trusted to know the difference between the things they speak about and actual threats of harm. For Trump Administration officials forcibly to penetrate this "sacred" contract is to open the doors to the possibility that the United States will take its place within the tradition of autocracies that use mental health systems to discipline, punish and sequester those deemed as threats.

We, the undersigned, join professional organizations including the National Social Workers Association, the American Counseling Association and the American Psychological Association in decrying this "weaponization" of therapy notes to incarcerate and deport vulnerable, isolated and traumatized youth. We call upon ORR to revoke its Memorandum of Agreement with ICE immediately, and for an end to the use of therapy notes to betray immigrant children and the field of psychotherapy as a whole.