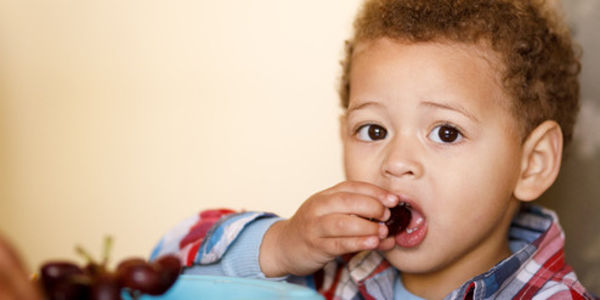 The EPA finally banned this dangerous pesticide, but it's still on imported foods our children eat!

For years, scientists had been warning the U.S. government to better regulate use of a dangerous pesticide known as chlorpyrifos. Like all pesticides, its designed purpose is to be deadly -- to kill crop-adjacent life forms in order to maximize agricultural profit.

But it doesn't just hurt bugs and other insects. It hurts human children, too.

Luckily, the U.S. Environmental Protection Agency (EPA) has finally banned the use of chlorpyrifos on fruits and veggies! The problem is, the U.S. still sells produce from other countries without such regulations.

We need to make sure the U.S. doesn't allow grocery stores to sell contaminated produce originating from countries. Sign the petition now!

Chlorpyrifos works by attacking insects' nervous systems -- and researchers amassed 10 years of data showing that it attacks human children's neurological systems too. Corporate farmers worked hard to ignore that information, going so far as to collude with Donald Trump's administration to protect their use of chlorpyrifos at all costs.

Now, of course, all of us who value children's rights, farmworkers' rights, and health have won a big victory when the EPA banned chlorpyrifos! Unfortunately, that ban only applies to grapes, strawberries, broccoli, and other crops grown in the U.S.

As of 2018, most of the fruit products sold in the U.S. are actually imported from other countries around the world -- not all of which are careful with pesticide use. Upwards of 90% of bananas, limes, avocados, and coffee beans are imported, and not all of their origin countries ban chlorpyrifos and other chemical crop agents.

This means that even though American farmers are now compelled to do the right thing, you and your family could still wind up eating fruits and vegetables with poisonous pesticides lingering as residues.

This can't be okay. What's the point in doing the right thing to protect children from toxins, when the banana they reach for on the countertop could still be contaminated?

Sign the petition to tell the U.S. Trade Representative, Katherine Tai, to set trade barriers on toxic, pesticide-laden agricultural products! The U.S. must refuse to import food that's been grown with dangerous pesticides like chlorpyrifos. If we set this boundary, it might even convince other countries to ban chlorpyrifos, too. That way, we can both keep American kids safe -- and promote the health and safety of people all around the world.
firma la petición
COMPARTIRcompartir con mis amigos de FacebookTWEETE-MAILINSERTAR
firma la petición
Ver más peticiones:
Has deshabilitado JavaScript. Sin este programa, puede que nuestro sitio no funcione debidamente.

Care2
The EPA finally banned this dangerous pesticide, but it's still on imported foods our children eat!
COMPARTIRTWEET