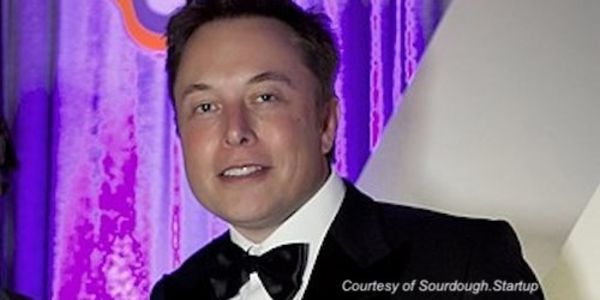 Billionaire Elon Musk Could Help Ease World Hunger; Instead, He Mocks It

In one single day alone, billionaire Elon Musk's financial net worth increased 6 billion dollars. Again, that's in just one day alone. His net economic worth is valued at around $289 billion -- more than a quarter of a trillion dollars. That's more than the entire GDP of 81% of countries around the world, including Finland, Portugal, New Zealand, Peru, Vietnam, and upwards of 170 others.

Musk is now the richest human in the whole world, after passing Amazon CEO Jeff Bezos in the wealth rankings back in October. That's why, last month, the head of the UN's World Food Program (WFP), David Beasley, called on Musk to donate just $6 billion -- or what's now 2% of his wealth stash -- to help ease world hunger. But instead, in signature Musk fashion, he responded in a flippant way that suggested he didn't think $6 billion could really do much.

That's easy for a billionaire to say. But for 42 million people around the world who don't have access to reliable food, $6 billion in food assistance would mean a lot. Sign the petition to demand Elon Musk partner with the WFP to help people in need!

Obviously Elon Musk alone cannot "solve" world hunger -- it's a much bigger problem than that. But it doesn't mean he couldn't significantly alleviate the pain, illness, and death that comes from malnutrition and starvation.

Never before in history have individuals commanded so much wealth all to themselves; not even in the time of the Rockefellers. Today, the 2,755 people who are billionaires account for an estimated $13.2 trillion in wealth combined. Together, they would make the third-richest country in the entire world, right after the U.S. ($20.94 trillion in GDP) and China ($14.72 trillion).

What the heck else are they supposed to use all that money for, if not to help people and improve the lives of others? Besides, to them, "just a few billion dollars" would be simply a drop in the endless bucket of their bank accounts.

As the WFP's Beasley summarized, the equation is simple. We're talking about "6 billion dollars to help 42 million people [who] are literally going to die if we don't reach them. It's not complicated... The world is in trouble and you're telling me you can't give me .36% of your net worth increase to help the world [that's] in trouble at a time like this?"