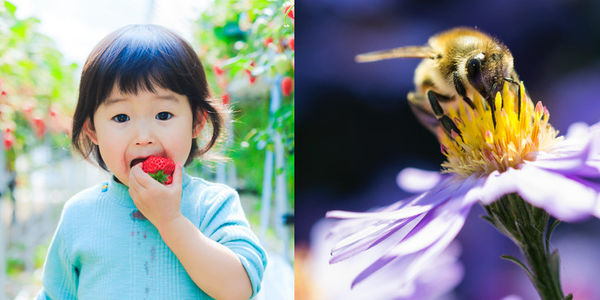 Pesticides. We're familiar with them -- farmers and homeowners alike spray these commonplace products on lawns, gardens, and even food products. They've become widely-used because these chemicals help "control" the existence of worms and bugs outdoors by killing them off... but these poisons do more than just that.

They also have been poisoning us.

Sign the petition to demand the U.S. Environmental Protection Agency (EPA) ban all pesticides known to harm the health of humans and endangered species, including imidacloprid, thiamethoxam and clothianidin!

The EPA just took a great step in the right direction by finally banning farmers from using an extremely potent pesticide called chlorpyrifos on our fruits and vegetables. Laborers -- often underpaid immigrant workers whose health is deemed irrelevant by their corporate farm bosses -- are often forced to apply chlorpyrifos to all sorts of crops, ranging from grapes and strawberries to broccoli, and more. But the result has been disastrous, for both immigrant families and children all over the U.S. eating this poison-slicked produce.

Chlorpyrifos works by attacking insects' nervous systems -- and scientists now have 10 years of research showing that it attacks human children's neurological systems too. Of course corporate farmers don't want us to know that, which is why they colluded with Donald Trump's administration to protect their use of chlorpyrifos at all costs. The EPA's own scientists have been recommending restriction of the pesticide since at least 2017, but Trump's administration wouldn't hear of it.

Now, after a federal court weighed in, the Biden administration has prohibited chlorpyrifos use on fruits and vegetables. We want to celebrate this huge victory, and the wins it constitutes for countless farm workers who organized to protect their families from this dangerous toxin. And we also want the EPA to keep this wonderful movement going.

The agency must now take action to ban imidacloprid, thiamethoxam and clothianidin!

Imidacloprid, thiamethoxam and clothianidin are also very commonplace pesticides, used routinely on produce, grains, and more. And they've been linked to the death of bees, other pollinators, and various endangered species.

It's great that the EPA is finally valuing the health and safety of children! It must do the same for wildlife, too.