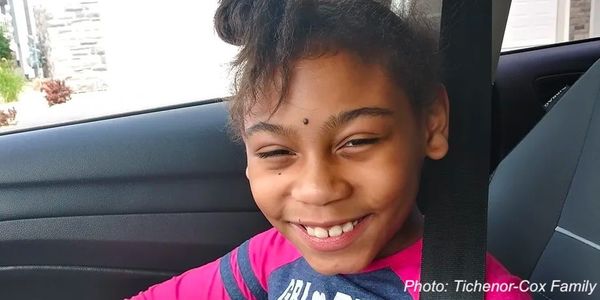 A 10-Year-Old Child Died by Suicide After Constant Racist, Ableist Harassment by Her Teacher and Classmates

Isabella "Izzy" Faith Tichenor was a 10-year-old student at Foxboro Elementary School in North Salt Lake, Utah. She loved to dance at church, adored her family and was close to her siblings, and wanted to be liked by her teacher and classmates.

Except they were determined to humiliate, mock, and bully her. Why? Because Izzy was Black and autistic. The 10-year-old and her mother contacted school officials multiple times about the harassment, but they never intervened or took any action to protect Izzy. The racist, ableist cruelty continued unabated, terrorizing the child. Until, ultimately, she was driven to desperation and took her own life.

Sign the petition to demand that the U.S. Department of Justice (DOJ) investigate which school officials knew about and ignored discriminatory bullying against Izzy, and fire them immediately.

Izzy, unfortunately, isn't alone. Back in 2019, the DOJ had already investigated this same school district, Davis, and found that school officials had documented white students using the n-word against Black students upwards of 212 different times. Reports further detailed how Black students were called slaves and told to "go pick cotton" by their white peers, who also threatened them with lynchings.

The situation was so bad in Davis School District that ultimately, the DOJ concluded that administrators had chosen to be "deliberately indifferent to known racial harassment." It continued: "The Department's investigation uncovered systemic failures in the District's handling of complaints of racial student-on-student and staff-on-student harassment, discipline of Black students, and refusal to allow Black students to form student groups."

And this is exactly what Izzy experienced -- two years after the District had already been censured. She reported to her mother how her teacher "says 'hi' to all the other kids," but "She doesn't say 'hi' to me.'" During one incident of racist taunting, Izzy's mother finally was able to speak to the teacher after several tries -- but the teacher flatly refused to help. She told Izzy's mother: "I'm not going to work it out for them. I let them work it out."

An adult who was charged with supervising children said she was going to let them "work out" their racist abuses? What does that even mean? The level of intentional callousness is blood-boiling.

This teacher and all of her supervisors who knew about these abuses, yet failed or refused to stop them, must be held accountable NOW! Sign the petition to demand justice!
firma la petición
COMPARTIRcompartir con mis amigos de FacebookTWEETE-MAILINSERTAR
firma la petición
Ver más peticiones:
Has deshabilitado JavaScript. Sin este programa, puede que nuestro sitio no funcione debidamente.

Care2
A 10-Year-Old Child Died by Suicide After Constant Racist, Ableist Harassment by Her Teacher and Classmates
COMPARTIRTWEET