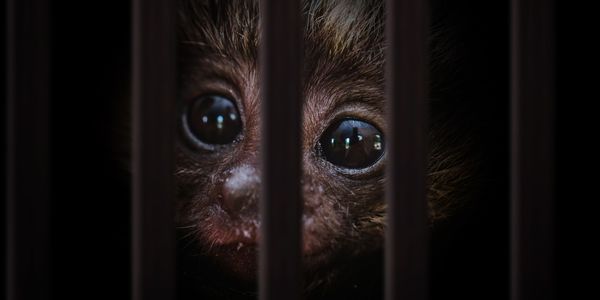 Facebook Promised to Fight Wildlife Trafficking, so Why Is It Thriving?

On Facebook, wildlife trafficking takes place in "broad daylight" -- despite the company's promises to fight the illegal industry that profits from the imprisonment and neglect of threatened, defenseless animals. In 2018, Facebook announced a goal to cut wildlife trafficking by 80% by 2020. While the social media site claims it has made progress, a new report by Avaaz shows Facebook remains a popular platform for cruel animal traffickers. The researchers even found that Facebook's algorithms "help criminals grow their business."

Tiger cubs, leopards, ocelots, African gray parrots and the world's smallest monkey, the pygmy marmoset, are among the endangered animals trafficked on Facebook. According to researchers, it was "alarmingly easy" to find posts seeking to buy or sell live animals -- available to Facebook's nearly 3 billion users worldwide.

Wildlife trafficking is a multibillion-dollar illicit industry, and its many harms span nearly every country in the world. Exploiting the very rareness that threatens species with extinction, greed-driven traffickers sell unique animals to neglectful, abusive, or ill-prepared buyers. Lion cubs are ripped from their mothers dangerously early. Cheetah's are kept in tiny enclosures, denied their natural behaviors like running and hunting. Already captured African gray parrots are used as lures to attract their extremely friendly, social, and curious wild counterparts into painful glue traps. Not only us wildlife trafficking synonymous with animal cruelty, it actively endangers precious species and ecosystems and fuels disease transfer from animals to humans, such as coronavirus, Ebola, dengue, anthrax and bird flu.

"Not only does Facebook know that wildlife trafficking is thriving on their platform – they have known about it for years," said Raúl Grijalva, a Democratic congressman. "Yet, they continue to blatantly ignore the problem -- or worse -- enable it, violating even their own stand against criminal activity and physical harm to animals."

Facebook is allowing this criminal business to thrive on its platform -- this must end. Sign the petition to urge Facebook to actually fight wildlife trafficking by changing its algorithms and enforcing its policies!

Care2
Facebook Promised to Fight Wildlife Trafficking, so Why Is It Thriving?
PARTAGERTWEET