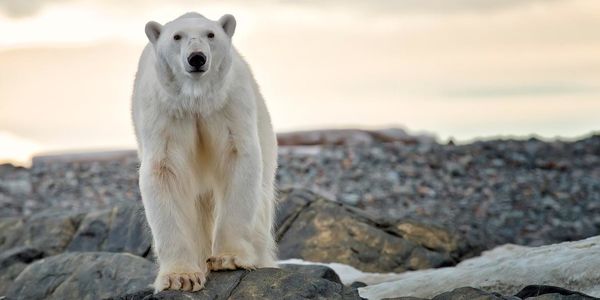 A displaced polar bear was sighted in Quebec's Gaspe Peninsula, a rare appearance for the species. But instead of taking the time and care to create a safe plan for relocation, local officials killed the bear on the spot, gunning down an innocent member of the highly endangered species. This devastating death serves as a crucial reminder that tranquilization and relocation are always an option to solve these kinds of issues, and lethal methods should be the absolute last resort, no matter what the circumstances.

Sign the petition now to demand that the Ministry of Forests, Wildlife and Parks (MFFP) use non-lethal methods to protect both wildlife and the public!

After the slaughter, local police sent out a tweet informing the public that the bear had been "neutralized," a purposefully misleading and unemotional way to describe the intentional killing of a protected, endangered animal. In its statement after the incident, the MFFP said "the decision to slaughter an animal is never taken lightly." Playing the victim while acting as though this murder had to take place is manipulative and shameful. They go on to describe why the killing was necessary – because the ministry was scared it might incorrectly estimate the amount of tranquilizer needed to sedate the bear. So instead of improving the practices and skills within the department, they chose to kill an innocent animal.

Polar bears are one of the species that climate change threatens the most. The icey terrain that they call home is literally melting away beneath their paws; this is also the terrain that makes it possible for them to hunt – which means polar bears are increasingly starving to death. Amidst such high risks from global warming, polar bears should not face the added risk of being shot and killed by human beings. On top of that, climate impacts mean that polar bear displacement is increasingly likely, as the animals find new ways to search for food amidst rises in global temperatures. The MFFP must be prepared for future encounters and avoid the use of fatal weapons when managing the bears.

While polar bears are large creatures that are difficult to manage, Canadian officials simply executed an animal on the spot, and this is completely unacceptable. We must put pressure on the Canadian Ministry of Forests, Wildlife and Parks to make sure that they are not so quick to kill wild animals in the future. Tranquilization and relocation are always the obvious better options for managing polar bear risks. Lethal methods should be an absolute last resort! Sign the petition now if you agree!
signer
PARTAGERpartager sur FacebookTWEETE-MAILINCRUSTER
signer
Voir plus de pétitions:
Vous avez désactivé JavaScript sur votre navigateur. Sans JavaScript, il se peut que notre site Internet ne fonctionne pas correctement.