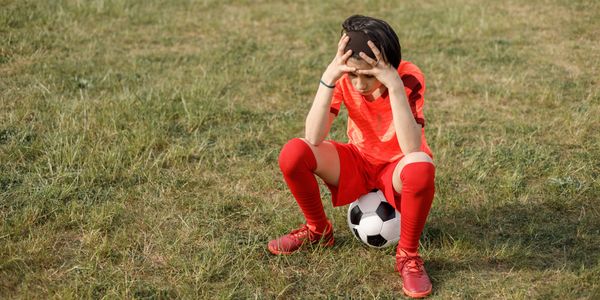 Florida Student Athletes Were Asked to Report Their Periods. This Is a Dangerous Privacy Violation.

It is no secret that Florida politicians have been pushing a regressive, right-wing agenda for years. From the "don't say gay" bill to restrictions on abortion access, a bunch of old, mostly-white men are hell-bent on terrorizing Florida constitutents – with the ultimate goal of returning the state to a misogynistic, homophobic, and white supremacist past. Now a terrifying new form introduced by the Florida High School Athletic Association puts trans students and students seeking reproductive care at risk.

The athletic association has introduced a new online form which asks female athletes to disclose information about their menstrual cycles. There is absolutely no reason an athletic association would need any of this information in the first place. Yet to make matters worse, since the form is online, it won't be protected by HIPAA and the information from the form could be given to third parties that aren't medical providers. Republicans' obsession with children's bodies has real consequences, and we must not allow this invasion of privacy to continue!

Sign now to demand the Florida High School Athletic Association remove these questions at once!

Not only are these questions wildly unnecessary and privacy violations, they pose real risks to the students who answer them. This information could be used as a weapon to out trans students to school officials, administrators, or even parents, to start. And with threats to abortion on the rise, they could also be used to punish students who seek abortion services by signaling to the state that a student is pregnant. This is especially terrifying in a state where abortion has been banned after just 15 weeks.

Care2
Florida Student Athletes Were Asked to Report Their Periods. This Is a Dangerous Privacy Violation.
PARTAGERTWEET