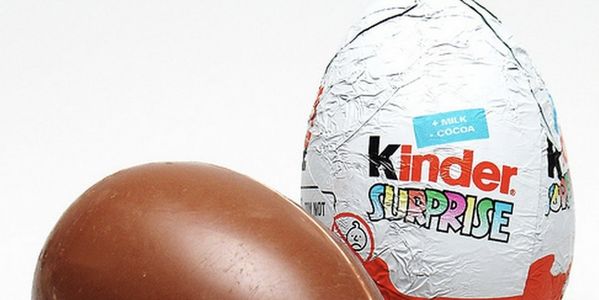 Plastic is choking out oceans. Plastic is killing marine wildlife, such as turtles, and there is even plastic in the air we breathe!
There has been pressure for McDonald’s and Burger King to stop giving plastic toys with meals, but Kinder also use plastic for the toys for the Kinder eggs. We aren’t asking for no toys in Kinder eggs - that would be miserable! We are just asking for the toys to be made using biodegradable/eco-friendly materials, not plastic! This would be great publicity for Kinder, too!
Also, dairy cattle are horrifically abused and exploited; they are raped via artificial insemination, have their calves kidnapped and then sent to slaughter when they are no longer able to produce enough milk to be considered profitable. They are actually slaughtered very young as well; cows could live to over 20, but dairy cows are typically slaughtered at just around five years of age. The male calves are either used for veal and slaughtered when they are still calves, kept to be slaughtered for their meat when they are older or simply taken and shot. Dairy also has a very negative impact on their environment.
The population of vegans is rising, not just here in the UK, but all over the world. Veganism has skyrocketed in popularity in recent years. Most restaurants and many food brands sell vegan foods. Some other chocolate brands, such as Galaxy, Milky Way, Lindt and Dairy Milk, all now do vegan chocolate. It is time Kinder caught up! Some vegans would like a good Kinder egg as much as the next person!
Thanks.
signer
PARTAGERpartager sur FacebookTWEETE-MAILINCRUSTER
signer
Voir plus de pétitions:
Vous avez désactivé JavaScript sur votre navigateur. Sans JavaScript, il se peut que notre site Internet ne fonctionne pas correctement.