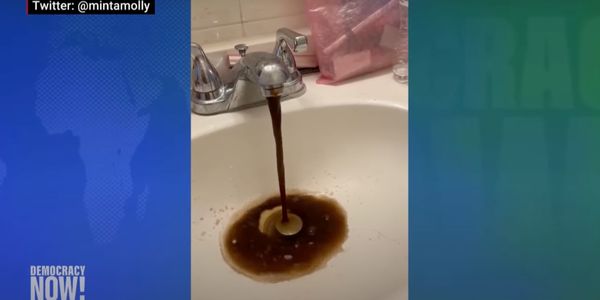 A Whole City Is Without Safe, Drinkable Water Due to Racism

Jackson, Mississippi has made the news for its recent flooding catastrophe, but the city has been in crisis for years. Many residents in the majority-Black city are understandably frustrated, and it appears that the city has been outright neglected, largely due to structural racism. "Racism set Jackson up for failure. It was a man-made disaster that was decades in the making," said Andre Perry, a senior fellow at the Brookings Institution Metropolitan Policy Program.

Sign the petition to demand Mississippi Lawmakers address the capital's water crisis and the structural racism that caused it!

Since July, Jackson residents have had to boil water before using it. Then, residents were faced with flooding and broken pumps at the city's main water plant leaving more than 150,000 people without safe and reliable drinking water.

What is so striking about Jackson's water problem -- in addition to the outrageous fact that many residents have no choice but to use unsafe water -- is that just outside Jackson, the wealthier and whiter towns are not experiencing the same drastic infrastructure problems.

A Democrat who represents Jackson in the state legislature, Zakiya Summers, said $47 million was set aside this year for water and sewer repairs in Jackson. Republicans tried to block it altogether, but settled for a mere $3 million. "We certainly have been a victim of systemic and structural racism in the city of Jackson," said Summers. "Wealthier areas tend to get more resources, more state support… It's areas where poor Black people are concentrated where help is slow moving or it's none at all."

Jackson's water crisis represents a growing problem in Black communities in the South, where many are burdened by failing water systems and frequent boil water notices. "Outside of California, a majority of the country's failing water systems are scattered throughout rural areas of the Midwest and Southern states such as Texas, Louisiana, Oklahoma, and Mississippi -- all of which have growing Black populations and are expected to be some of the worst hit places for future storms and extreme heat."

Sign the petition to demand Mississippi lawmakers address the capital's water crisis and the structural racism that caused it!

Care2
A Whole City Is Without Safe, Drinkable Water Due to Racism
PARTAGERTWEET