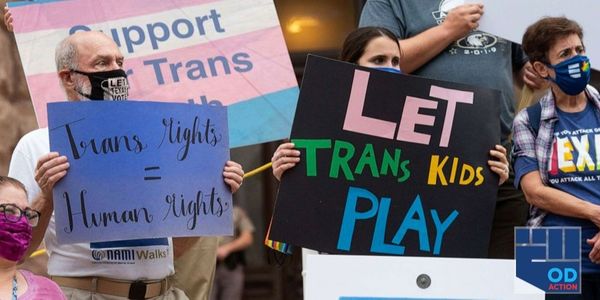 Tell Texas Senators to vote no on the bill that targets transgender children!

The Texas House of Representatives has just passed a bill that would force K-12 transgender athletes to play on sports teams that don't match their gender identity, and it's one of many that has gone through the legislature this session.

Supporters of the GOP's continuous attack on LGBTQ+ youth argue that they are crusaders for "fairness" in women's sports -- but that couldn't be further from the truth. States with trans-inclusive policies have seen zero decline in girls' participation in sports (or any trend of trans girls negatively affecting their experience, for that matter.)

Transgender youth already face monumental challenges navigating transphobic families, classmates and teachers, and community members. Bullying, harassment, violence, and high races of suicide -- it is our responsibility to protect our children from these traumas, but instead conservatives are adding to the war being waged on them.

Sports are a key part of a young person's development, teaching cooperation, instilling confidence, and building bonds among peers. When transgender youth are systematically excluded from sport, they are denied not only an essential component of their physical, mental, and emotional well-being, but also access to the social support therein.

Care2
Tell Texas Senators to vote no on the bill that targets transgender children!
PARTAGERTWEET