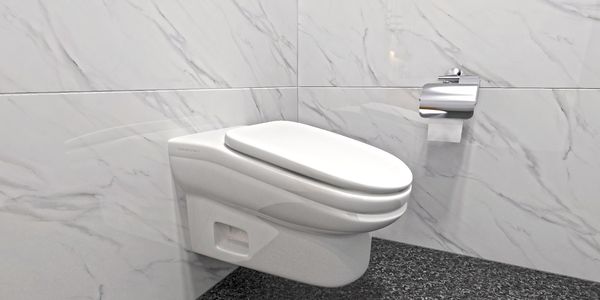 This ‘Torture Toilet’ is the Latest in Labor Abuse.

Can you imagine someone monitoring your bathroom use at work so they can squeeze every last second of labor out of you? Maybe you can since it's not all that uncommon. In fact, Amazon has been criticized for literally not giving their workers bathroom breaks at all! But the next generation of bathroom police has arrived: torture toilets. A British company has designed a toilet that slants down 13 degrees to make sitting on it very uncomfortable, all in an effort to increase employee efficacy.

Sign the petition to tell potential customers not to buy this horrible device!

They argue that people are taking too much time in the bathroom looking at social media. But actually, taking breaks has been shown to increase work output. It may seem counterintuitive, but studies show that forcing people to work long hours with no breaks actually isn't all that effective. Some countries are even adopting the 6-hr work day after they found that that yielded the same output as an 8-hr workday.

The company is also claiming that this toilet will be healthier, but that's not correct . The healthiest way to use the toilet is in a squat position, thus products like squatty potty. This will just make the whole bathroom experience intolerable, all in the name of profit. One thing is for sure: this toilet would be a disaster for people with disabilities, especially those with digestive disorders that mean they have to spend a lot of time on the toilet. In fact, there is speculation that the toilet could violate the ADA (American's with a Disability Act) for this reason.

But the ultimate thing to consider in an invention like this is that it puts capital first and people second. The supposed goal of creating more capital is to better the lives of people. But moves like this show that's just not true. The people in charge want to squeeze as much labor as possible out of the masses at any cost.

Care2
This ‘Torture Toilet’ is the Latest in Labor Abuse.
PARTAGERTWEET