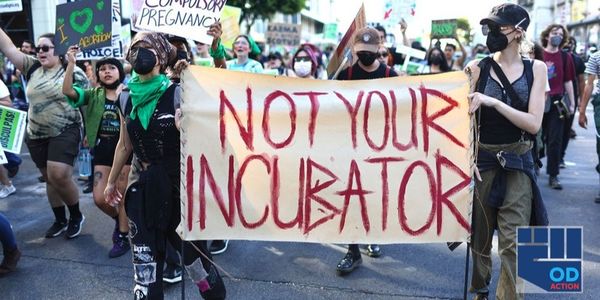 Demand Florida allow parentless teen to have an abortion!

A Florida court has recently decided that they don't believe a parentless 16-year-old is mature enough to decide to end her pregnancy… but apparently, she is mature enough to be a mother. It's just another backwards line of thinking from conservatives trying to police reproductive care — but the ridiculous nature of the ruling is clear from miles away.

There is no reason a 16-year-old girl, with zero parental support nor the resources to support a child, should be forced to give birth. Still in school, with little financial support, the teenager knows that she is not in an adequate place to parent. It's mind boggling that the Florida courts don't see the same.

Add your name to demand Florida allow a parentless teen to have an abortion!

Florida law requires parental consent for teenagers to seek abortions, but abortion advocates like the American Civil Liberties Union maintain that requiring that consent puts teens in unstable family situations at risk. For the Florida court to deny a choice that will change her life forever just for the fact she does not have a traditional family dynamic is wildly inappropriate.

Even after her appeal, the court upheld the decision. Time is running out to secure her right to reproductive health — Florida courts must reconsider as soon as possible.

Sign your name to call for the Florida teenager be allowed an abortion!