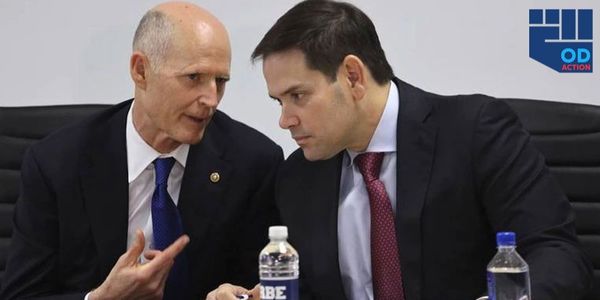 Republicans are gearing up to kill social security if given the chance. Senator Rick Scott's proposed "sunset provision" would wipe social security and medicare from existence in just five years, meaning 25% of his Florida constituents would lose one of their main financial support systems as their cost of living continues to rise. This isn't just a Florida issue, it's a problem for working Americans everywhere.

Republicans have shown time and time again that they are more than willing, if not nipping at the bit, to pull the social security rug out from under millions of working families. This has been their way of working for decades — proven unchanged by years of unprecedented destruction and unrest. The only way to stop their scheme is to elect Democrats this November.

Add your name to call for an end to the Republican party's social security agenda!

In some of the most turbulent times of our country, Republicans have insisted on pushing further instability. Ensuring the country stays blue is as prudent as ever, the livelihoods of communities throughout every state are on the line this election. Democrats are fighting for every single congressional seat so that we can continue to come together and build back better, rather than the Republicans who aim to dismantle and divide.

It's on all of us to elect Democrats this November and ensure the survival of social security.

Sign your name to call for a stop to Rick Scott's sunset provision!