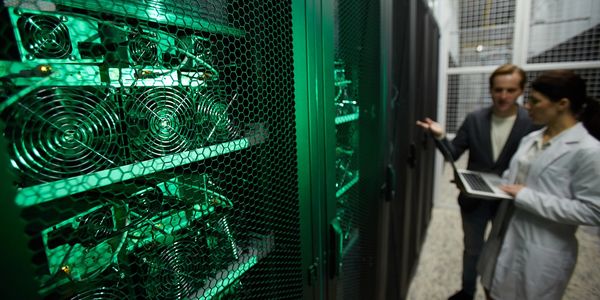 Miami's Mayor Wants to Lure Bitcoin Miners to the City. It Could Be Devastating for the Planet.

While many Americans jump on the cryptocurrency train, environmentalists are rightfully skeptical. Crypto mining requires a mind-boggling amount of computer power, which in turn depends on massive amounts of energy and produces concerningly high greenhouse gas emissions. In the United States alone, mining Bitcoin creates roughly 40 billion pounds of carbon emissions. Globally, Bitcoin now uses half a percentage point of all electricity consumed – the equivalent of the entire nation of Sweden. So why is Francis Suarez, Mayor of Miami, desperately courting the industry before conducting a full environmental impact assessment?

Sign now to tell the Florida Department for Environmental Protection to do a full environmental impact assessment before allowing a dangerous influx of mining!

Beyond the devastating impact on our planet's climate, crypto mining has other destructive consequences for local communities and ecosystems, too. The mining process requires giant fans to cool down the computers, which causes awful noise pollution. One NPR host heard the sound and described it as "being on a tarmac next to an airplane" – and those fans run 24 hours per day, 7 days a week, as long as the computers are still mining crypto.

Yet it gets even worse. The physical servers are created using a variety of rare earth minerals and metals, which create massive amounts of electronic waste. One city found that bitcoin creates more than 30,000 metric tons of e-waste every single year. That's nearly the e-waste produced by the entire nation of Lithuania or Qatar.

There is a lot of hype around cryptocurrency right now, but we must sound the alarm on its environmental destruction before it is too late. The Florida Department of Environmental Protection must conduct a full environmental impact statement before eagerly welcoming the industry to Miami. We are running out of time to reverse the worst possible climate scenarios, and we cannot afford to court an industry that requires the electricity of entire nations to an American city especially vulnerable to climate impacts. Sign the petition now if you agree!
signer
PARTAGERpartager sur FacebookTWEETE-MAILINCRUSTER
signer
Voir plus de pétitions:
Vous avez désactivé JavaScript sur votre navigateur. Sans JavaScript, il se peut que notre site Internet ne fonctionne pas correctement.

Care2
Miami's Mayor Wants to Lure Bitcoin Miners to the City. It Could Be Devastating for the Planet.
PARTAGERTWEET