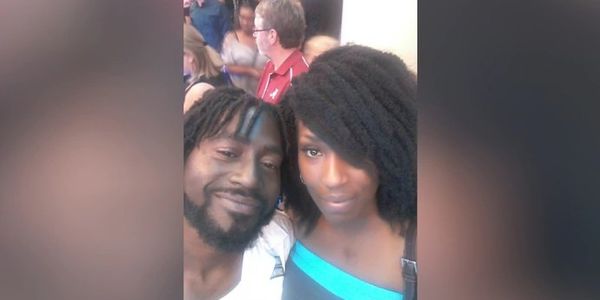 He Had Legal Medical Marijuana On Him, So They Threw This Purple-Heart Veteran in Jail

Sean Worsley, a 33-year old Black United States veteran, sustained major emotional and physical trauma during his five-years of military service. His 14-month deployment to Iraq earned him a Purple Heart, but also left him with chronic back pain and PTSD, which manifested in short-term memory loss, depression, and horrible nightmares. Back home in Arizona, Morsley was prescribed medical marijuana, carrying a card with him to prove its legality, and he found that it provided him the relief he desperately needed from his pain and PTSD symptoms.

39 states, plus Washington D.C., have legalized or decriminalized marijuana, or approved its use for medical purposes, meaning that only 11 states still have an outright ban on the drug. Unfortunately for Sean Worsley, Alabama is one of those 11 states. When he stopped there for gas, he was arrested for the completely legal marijuana he had on him, and is now serving a five year sentence in jail.

This is despicable. We must speak out! Sign the petition to demand that Andrew Hamlin, District Attorney for Pickens County, Alabama, brings Sean Worsley's case in front of the Alabama Supreme Court and fight for his freedom!

Having done nothing wrong, Sean Worlsey is imprisoned hundreds of miles away from his family. His case represents the crux of what is wrong with the criminal justice system in the United States -- Black people are incarcerated at exponentially higher rates than white people, and subject to constant suspicion and surveillance. Black people are assumed guilty and dangerous, and when laws vary from state to state, they suffer the consequences of the harshest ones -- even if they do not live there.

Worsley was first arrested in Pickens County, Alabama. What followed was a horrible legal battle, during which he was forced to travel back to Alabama from Arizona repeatedly and on extremely short notice, paying outrageous travel and court fees. As a result, he was left impoverished and homeless. He couldn't renew his medical marijuana card because he desperately needed the $250 fee to spend on food or his two kids, so when he continued to use marijuana for essential medical purposes, he was arrested. That's when Alabama demanded that Worsley be sent back to their state so that a Pickens County judge could sentence him to five years in jail.

"I feel like I'm being thrown away by a country I went and served for." That's what Sean Worlsey wrote from his cell in Alabama. And he is absolutely right. He gave five years of his life to the United States military, and is being forced to give five more to the prison industrial complex. His deployment left him wounded and suffering. He found relief through medical marijuana, which he went through all the proper legal channels to obtain. And then he was thrown behind bars for it. Is this how we want to treat our veterans?

There is no justice until Sean Worsley is free. Demand that Pickens County District Attorney Andrew Hamlin bring this case to the Alabama Supreme Court, and show them the clear evidence that Sean Worsley is unjustly imprisoned! Sign the petition today!

Care2
He Had Legal Medical Marijuana On Him, So They Threw This Purple-Heart Veteran in Jail
PARTAGERTWEET