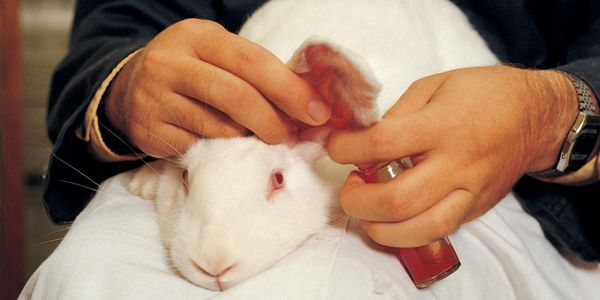 The FDA Wants to Phase Out Animal Testing

After decades of effort by animal rights activists, the FDA has finally signaled that it wants to end testing on animals. This is potentially a huge victory, and will save thousands of animals from the awful poking and prodding of current testing practices. But the agency has not set a timeline on this, and has only requested $5 million dollars in its upcoming year budget to research how to make this shift.

Sign now to demand the FDA set a goal for ending animal testing and request more funding to make this goal happen!

As one of the richest countries in the history of the planet, and with so many technological resources available to us, there is no reason we need to continue to test on animals. In fact, the FDA has even cited that the aim of the shift is to "produce findings that are more relevant to humans" and "reduce costs," shutting down any arguments that testing on mice, rabbits, or other living things is economical or necessary.

This is an incredibly important step to preventing unnecessary harm to all different species of animals. But we cannot let the agency drag its feet and be slow to fully implement this change.

We must put pressure on the agency to put a timeline on ending animal testing and urge the federal government to give the FDA more time to do so. It is time that the U.S. government respect non-human living things and ban animal testing for food and drug products for good! Sign the petition now if you agree!

Care2
The FDA Wants to Phase Out Animal Testing
PARTAGERTWEET