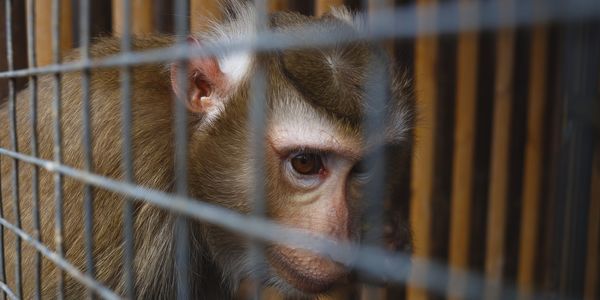 The United States Department of Agriculture (USDA) used to work hard to protect our nation's animals. Yet between 2015 and 2020, animal welfare guidelines were gutted in the interest of industry, and enforcement actions against licensed animal facilities that were acting unlawfully fell by 90%. The numbers are clear: the USDA has decided to put business above the welfare of animals, and has virtually given up on enforcing the Animal Welfare Act.

Sign now to demand that the USDA stop putting profits ahead of animal well-being! Enforce the Animal Welfare Act now!

The USDA doesn't get much political recognition, but historically, it has served a vital purpose. For many animals -- from those bred for roadside zoos to those used in factory farms -- the USDA is not just their first, but often their only line of defense. This is in large part because the USDA is the only agency responsible for enforcing the Animal Welfare Act, a vital piece of legislation aimed at protecting animals from all different types of abuses.

As recently as the early 2010s, the USDA was issuing between 400 and 600 warnings per year for violations of the Animal Welfare Act. Yet in 2020, the agency failed to issue a single warning, and has only issued 60 so far in all of 2021. As an internal memo from the agency has documented, this is not simply because animal welfare has improved in the United States. In fact, early evidence suggests that violations of the Animal Welfare Act have stayed the same or potentially worsened, but the agency charged with enforcement has simply stopped enforcing.

The consequences of this negligence for animals across the United States are dire. The internal memo documents elephants with skin conditions at zoos, expired medications being used on animals, and killing animals with guns rather than humanely euthanizing them.