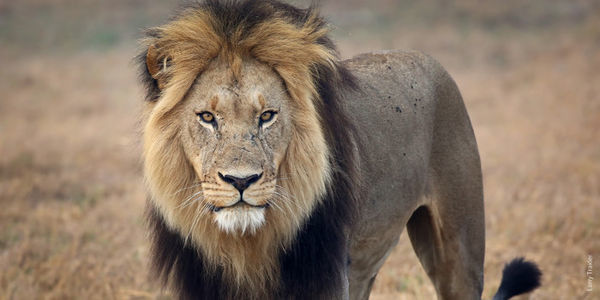 To satisfy high demand, African lions are killed for their claws, teeth, and bones. When a poacher looks at these noble creatures, all they see are parts for jewelry, fake medicine, and even wine.

Wildlife advocates have been applying pressure on Vietnam for years, especially after a 2018 tragedy where Vietnamese poachers in South Africa killed 40 lions in 48 hours alone. Vietnam's July 2020 ban on importing wildlife parts due to COVID-19 risks is a step forward, but this is not a long-term plan to address the root causes of the trade. Vietnam must step up their enforcement of the law and not let organized wildlife criminals off with light sentences. This recent seizure of a major lion bone shipment should encourage us to keep up the pressure on Vietnam – so they keep up the pressure on lion bone traffickers.

To prevent lions from slipping further toward an endangered status, Vietnam MUST enforce wildlife laws to their full extent. They have the power to stop the lion bone trade in their territory and renounce the use of lions' bones in traditional medicine and wine.

Together, we will fight tooth and claw to protect these majestic creatures. We need determined wildlife advocates to sign our petition now – will your name be on it?

As a staunch supporter of lions, and as a member of African Wildlife Foundation's community of wildlife advocates, I ask that you strictly enforce wildlife laws to put an end to the lion bone trade, once and for all.

With tiger populations dwindling drastically, lions are now increasingly being targeted for their bones and parts as a replacement. The bones of these majestic predators are being ground into traditional medicine and wine, and their claws and teeth are fashioned into jewelry.

The slaughter of these majestic creatures continues at an alarming rate, especially after the incident in November 2018 where 40 lions were killed in 48 hours by Vietnamese poachers.

Vietnam's seizure of three tons of lion bones in one shipment in July 2021 is an encouraging sign of progress in the fight to shut down the illegal lion bone trade. I urge Vietnam to strengthen this enforcement and continue to put pressure on unscrupulous wildlife traffickers before it's too late for this vulnerable big cat.

Africa's lion populations have already been decimated by over 40 percent in two decades. Just in March 2021, poachers poisoned and dismembered six lions in one tragic incident. We can't afford to lose any more of these big cats to the illegal wildlife trade.

The time to act is now. Vietnam's July 2020 ban on wildlife imports due to COVID-19 risks is a step forward, but this is not a long-term plan to address the root causes of the trade. Vietnam must be vigilant to ensure that wildlife laws are followed and organized wildlife criminals aren't let off with light sentences – so the killing can stop. We hope you will join us to protect this iconic species from extinction.