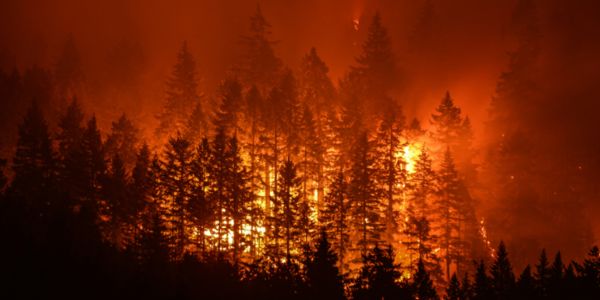 In Canada and around the world, the signs of a dangerously warming climate are overwhelmingly clear. It's scary to watch as our families and communities suffer through heat waves, wildfires, floods, and increasingly unpredictable storms. In the face of such a large problem, solutions often seem out of reach.

But there is hope for a healthy future, through collective action and people power. We're building a people-led movement to push the Canadian government towards stronger climate action - and it's working. By rallying together and demanding stronger climate policy from decision-makers, ordinary people have already won some of Canada's biggest climate victories like putting a price on carbon pollution, phasing out coal powered electricity plants, and ushering in new laws that hold governments accountable for missed emission reductions targets.

But we have a long way to go on securing a safe future. Our country's emissions are still on the rise, and we still don't have a plan to phase out fossil fuels in a way that supports workers and the economy. You can help change that by joining our community, and pledging to become a climate advocate.

As a climate advocate, you'll do more than just sign petitions. You'll learn about Canada's most urgent climate issues directly from our campaigns team, and receive the tools and coaching you need to join the forefront of the climate movement yourself.

Pushing the government for stronger action on climate change has never been so important. If you have been looking for a way to make a difference - this is it. Take the pledge to become a climate advocate and join our movement.
signer
PARTAGERpartager sur FacebookTWEETE-MAILINCRUSTER
signer
Voir plus de pétitions:
Vous avez désactivé JavaScript sur votre navigateur. Sans JavaScript, il se peut que notre site Internet ne fonctionne pas correctement.