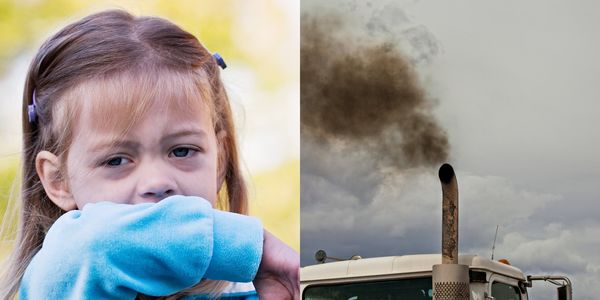 A new rule proposed by the EPA would curb the pollution that comes out of heavy-duty vehicles, an amazing victory for environmental justice. This is a long-overdue regulatory standard, and given the dramatic rise in online shopping during the pandemic, it is more important than ever to protect the air quality of vulnerable, often already marginalized communities in proximity to heavy traffic from trucks. But environmental activists have pointed out that the proposal still doesn't require new trucks to be fully electric, something absolutely necessary in order to achieve a fossil fuel-free future. How many more devastating wildfires and deadly floods must we endure before our environmental agencies take the threat of climate change seriously? How many more cases of respiratory illness or premature death?

Sign now to put pressure on the EPA to expand the current proposal to include truck electrification requirements!

Any regulation reducing pollution is good, but partial climate action is simply not enough. In fact, a recent report on the current state of the climate prompted United Nations Secretary General António Guterres to declare "delay is death," while literally pleading world leaders to act. The EPA should not be taking half-measures to curb pollution, but must take bigger, bolder steps to avoid total climate chaos in the coming decades. The new proposed rule should use common sense and bolster this current proposal with electric truck requirements as well. If delay really is death, our regulatory agencies need to start acting like it.

The clock is ticking, and every single regulatory measure counts. The fact that the EPA is finally paying attention to the massive negative health consequences of nitrogen oxide from heavy duty vehicles is a great step forward, but we must think bigger, and ensure that electric vehicles are required. The future depends on it. Sign the petition now if you agree!