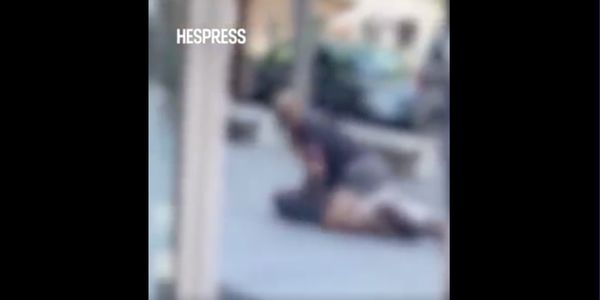 A Nigerian Man Was Beaten to Death in Broad Daylight in Italy. Police Won't Investigate It as a Hate Crime.

A disabled 39-year old Nigerian man was beaten to death in an east Italian community while bystanders recorded the incident. The incident took place in broad daylight, and no one intervened while a white Italian man literally used the victim's own crutches to brutally kill him. But Italian police are claiming that they will not investigate this incident as a potential hate crime, which sets a dangerous precedent for future tragedies like this one. We must fight for justice for the victim of this heinous act!

When local police received pushback for their handling of this horrific event, the Deputy Police Commissioner claimed, "there is certainly no racial element." Unfortunately, this is just one more killing in a long list of incidents of potentially racially-motivated murders in the country that have not been investigated as such. In 2009, when two Italian men beat and killed another man while calling him racial slurs and telling him to go back to his country, the incident was also not deemed racially motivated. Clearly Italian police are unwilling to admit the obvious: race matters, and white Italians are using it to justify horrific crimes.

This devastating incident is a national tragedy. And now that neo-fascist Gioriga Meloni has been elected as Italy's Prime Minister, racial and ethnic minorities in the country – especially immigrants, who have been used as political bait by the country's far-right party – are increasingly at risk. This is why Italian police must actually investigate this as a possible hate crime, something local authorities have failed to do in the past.

There is no way we can get this man's life back, but we can at least fight for justice on his behalf – and better precedent for taking racially-motivated incidents more seriously in the country. Local police must investigate this tragic incident as a hate crime! Sign the petition now if you agree!

Care2
A Nigerian Man Was Beaten to Death in Broad Daylight in Italy. Police Won't Investigate It as a Hate Crime.
PARTAGERTWEET