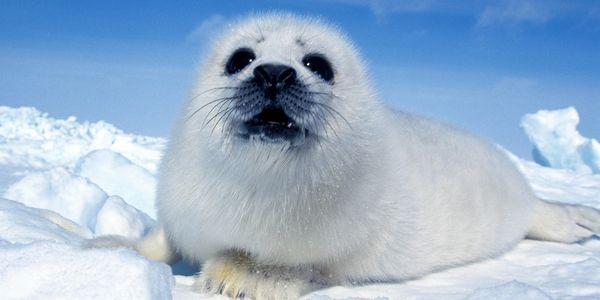 Nearly a Half a Million Seals Will Be Slaughtered in the 2022 Hunt. When Will Canada Protect These Innocent Animals?

The 2022 Canadian commercial seal hunt has just begun off the coast of Newfoundland, and this season, Canada will allow a whopping 400,000 harp seals to be killed. Seal pups as young as three weeks to three months of age are fair game, with some hunters shooting them with a rifle and others killing them using a hakapik, a brutal spiked club. Despite rightful outrage and shrinking demand for seal products in recent years, the Canadian government continues to allow this tragic slaughter to continue each spring.

Sign the petition now to demand that Canada end this gruesome and unpopular seal massacre!

Canada's commercial seal hunt is the largest slaughter of marine mammals on the planet. But Canadians and people around the world are disgusted by the atrocities committed during the commercial hunt, and the sale of seal products has been in steep decline since demand began plummeting back in 2006. In fact, without financial and political support from the Canadian government – which eagerly promotes the hunt and seal products –  it is hard to imagine the industry could commercially survive. So why is Canada propping up this unsustainable, violent, and barely surviving industry?

The European Union has enacted a number of helpful bans, including a recent restriction on all seal products in the market, with an exemption for seals hunted by indigenous peoples. Crucially, First Nations and other native communities have tribal sovereignty, giving them the right to continue seal hunts. But these communities are also historically much more invested in responsible and respectful wildlife practices, whereas white westerners have a long history of simply bludgeoning wild animals into extinction for sport and profit.

Canada's commercial seal hunt has dramatically dropped – by about 90% – since the European trade bans were established. And seal products don't show any sign of becoming more popular, as more and more people across the world are made aware of the atrocities of this annual hunt. There is simply no reason for Canada to continue allowing and supporting the seal hunt. The tides are turning, and it is time the Canadian government ends this practice for good. Sign the petition now if you agree!
signer
PARTAGERpartager sur FacebookTWEETE-MAILINCRUSTER
signer
Voir plus de pétitions:
Vous avez désactivé JavaScript sur votre navigateur. Sans JavaScript, il se peut que notre site Internet ne fonctionne pas correctement.

Care2
Nearly a Half a Million Seals Will Be Slaughtered in the 2022 Hunt. When Will Canada Protect These Innocent Animals?
PARTAGERTWEET