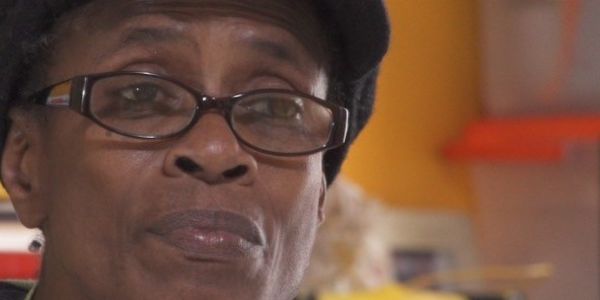 FOR MORE DETAILS SEE THE NEW E4F on Ms. Elias 's struggle against  R. ReModeling and The DOB VIDEO: https://youhttps://www.youtube.com/watch?v=VRfjsAT2inUu.be/1Fb0zDFWKb0

DEMAND THE NYC DEPARTMENT OF BUILDINGS

Restrict all work permits at 438 Herkimer Street until Ms. Elias' property is repaired.

Since 1998, Ms. Elias has resided in a beautiful brownstone at 436 Herkimer Street in the Bedford-Stuyvesant neighborhood of Brooklyn.In 2014, M. Remodeling Corporation illegally commenced work on the building adjacent to Ms Elias' home. Without permits, they removed the old foundations and installed new steel beams, which permanently damaged Ms Elias' brownstone, cracking her building across four floors and causing a portion of the roof to sink.  M. Remodeling Corporation failed to provide mesh nets to protect her home from dust, failed to underpin her home before digging, failed to support her house to prevent shifting, and failed to place crack monitors to observe any progressing damage. The DOB also failed to implement certain requirements before issuing the permit, and allowed work to begin before Ms. Elias acquired their insurance. The extent of the damage has been well-documented.  In 2016, Ms. Elias sued M. Remodeling Corporation for damages and to stop the construction.  A Kings County Supreme Court judge ordered a temporary restraining order, but despite the court's ruling, the NYC Department of Buildings overrode the order and issued work permits to M. Remodeling Corporation allowing construction to continue at 438 Herkimer Street.

To date, M. Remodeling Corporation has NOT paid Ms. Elias for any of the damages incurred and has taken NO steps to fix her home.  Repairs are estimated at upwards of $300,000.

Predatory developers, like M. Remodeling Corporation, are purposely damaging the property of Black homeowners in Bedford-Stuyvesant, especially those of Black women. The strategy is to buy property next to the long-time resident, damage the resident's property during the construction process in the hope that they will sue. These developers who have the money to spend on lawyers then tie up the Black homeowners in lengthy court battles in the hope that the homeowners will grow tired and sell their property to the developer. The Department of Buildings has been accused of corruption by allowing work orders to continue despite the court's decision. This is not only a racist and sexist attack on these individual Black women homeowners, but a perfect example of how the gentrification of Bedford-Stuyvesant destroys the racial and cultural history of Brooklyn.

-Restrict all work permits at 438 Herkimer Street until Ms. Elias' home is repaired

-Restrict all work permits granted to M. Remodeling Corporation until Ms. Elias is refunded for the damage done to her home.