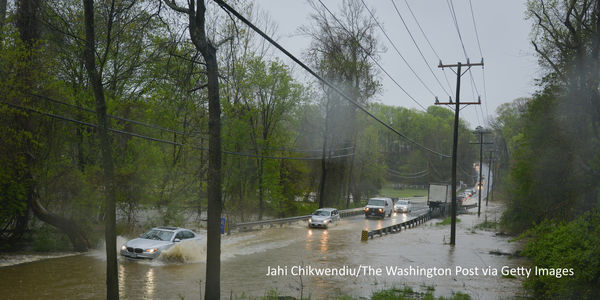 From the Tidewater to Appalachia and everywhere in between, flooding is the commonwealth's most costly hazard, upending entire communities and destroying homes and businesses. In 2020, Virginia lawmakers established a critical program, the Community Flood Preparedness Fund, which supports flood-risk reduction for both inland and coastal communities across the state. Since then, flood-prone communities have received tens of millions of dollars for local infrastructure projects that both prevent flooding and support local economies.

However, in recent days, Governor Glenn Youngkin and his appointees have signaled their intention to repeal Virginia's participation in the very program directly responsible for making over $378 million available for taxpayers in Virginia: the Regional Greenhouse Gas Initiative, or RGGI. Ending Virginia's participation in RGGI would cut the flow of hundreds of millions of dollars that RGGI provides for the Community Flood Preparedness Fund. With your help, we can encourage the Youngkin administration to take a different path and preserve these much-needed funds for communities across the commonwealth.

Through the Community Flood Preparedness Fund, communities such as Hampton are constructing living shorelines and restoring degraded wetlands along the Hampton River to protect one of its most flood-prone neighborhoods. Winchester is using the flood fund to identify flooding hot spots and design projects to remedy them. But projects such as these are now in jeopardy if RGGI is repealed.

As your constituent, I urge you to maintain funding for the Community Flood Preparedness Fund, a program critical to preparing Virginians for more frequent and costly flooding. By repealing Virginia's participation in the Regional Greenhouse Gas Initiative (RGGI), you would also eliminate the most reliable funding stream for this important flood fund. The projects resourced by the fund ensure that my community and others across the commonwealth are better prepared for the risks of flooding, Virginia's most costly natural hazard. Tens of millions of dollars have already been allocated to important flood risk reduction projects, from living shorelines in Hampton to community plans in Winchester.

Authorized by the General Assembly with overwhelming bipartisan majorities in 2020, the Community Flood Preparedness Fund provides flood-prone localities with grants for projects and planning initiatives designed to reduce their flood risk. This kind of spending on risk reduction is a prudent move, as research shows that every $1 invested in disaster mitigation can save at least $6 in future costs. Polls indicate that 84% of registered voters in the state—across party lines—favor a state-run fund to help owners of homes and businesses invest in measures to reduce flood risk in their communities. And already, communities like mine are taking advantage of this valuable program and are working to build a flood-safe future for Virginia.

Please support Virginia's continued participation in RGGI. Among other benefits, RGGI has generated enormous value for taxpayers, including tens of millions of dollars for the successful and broadly supported Community Flood Preparedness Fund. Please do everything you can to make sure this reliable funding source for flood mitigation in Virginia is not eliminated.