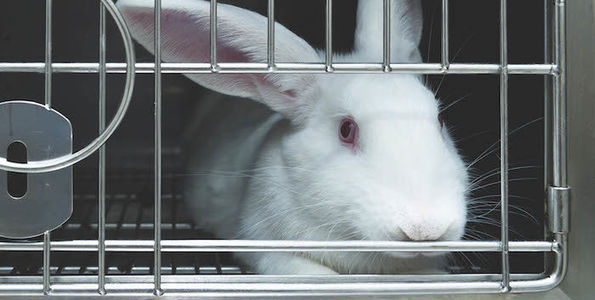 Animals in the U.S. continue to suffer and die in experiments to test cosmetics like lipstick, deodorant, and shampoo. The Humane Cosmetics Act, H.R. 6207/S. 3357, will end this unnecessary cruelty by prohibiting animal testing for all cosmetic products manufactured or sold in the U.S.

Help end cosmetics testing on animals in the U.S. — just like more than 41 countries where this outdated practice has been phased out, including Australia, Mexico, New Zealand, Norway, Switzerland, Israel, India and every country in the European Union.

Sign the petition and send a message to your legislators urging them to support and become a cosponsor of the Humane Cosmetics Act.

As your constituent, I urge you to support and become a cosponsor of the Humane Cosmetics Act, H.R. 6207/S. 3357. This legislation would prohibit animal testing for cosmetics manufactured or sold in the U.S.

There are thousands of existing ingredients with a history of safe use, which allow more than 1,000 North American companies to create innovative products without the need for animal testing. For new ingredients, advanced non-animal methods are often cheaper, faster, and more reliable predictors of human safety than outdated animal tests.

Passage of the Humane Cosmetics Act would align U.S. law with nearly 41 countries that have already banned cosmetic animal testing and the sale of products tested elsewhere. U.S. companies that sell their products in those countries (a market that covers more than 1.8 billion people) are already complying with those bans. And eight states have already passed laws to end the sale of cosmetics tested on animals.

In addition, in an unprecedented agreement with the cosmetics industry, the Humane Cosmetics Act now carries the endorsement of the Personal Care Products Council, the leading national trade association representing cosmetic and personal care products companies, in the United States.

Please support and become a cosponsor (if you're not already) of this important legislation for animals. Thank you.