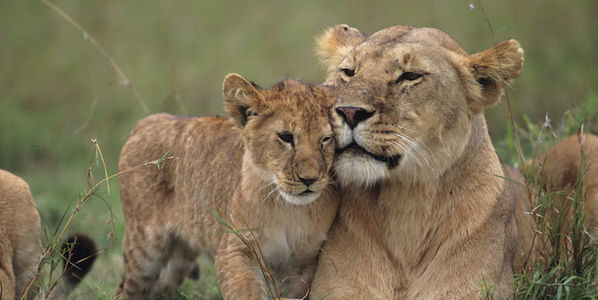 Roadside zoos and cub-petting operations — like those seen by millions in Netflix's "Tiger King" series — are directly contributing to the wildlife trade. And the truth is that many people who love big cats are often unknowing contributors to this trade by taking part in activities like cub-petting and keeping big cats as pets.

Ask your Member of Congress to support the Big Cat Public Safety Act (S. 1210), re-introduced in April 2021 after passing in only the House in 2020, to help ensure the United States does not contribute to the wildlife trade — and the extinction of Africa's vulnerable big cats.

I am writing to ask you to support the Big Cat Public Safety Act (S. 1210), a bipartisan bill introduced by U.S. Senators Richard Blumenthal (D-CT), Susan Collins (R-ME), Tom Carper (D-DE), and Richard Burr (R-NC), which would ban private ownership of these animals and prohibit exhibitors from allowing public contact with cubs.