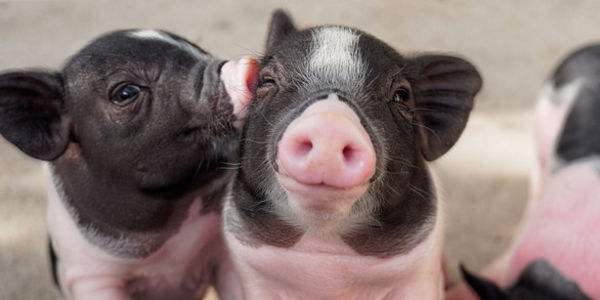 As of February 2021, New York City is officially asking its residents to reduce their meat consumption in the name of fighting for humane animal welfare practices. The mayor is urging New Yorkers to observe Meatless Mondays and reduce beef consumption by at least 50%, replacing meats with plant-based options that are kinder to animals, healthier, and better for reducing greenhouse gas emissions.

Factory farming is one of the cruelest inventions of the 21st century. In order to increase meat production on the large scale needed to feed a booming market of meat consumers, agricultural corporations have turned to automation — and sadism. Animals crammed into overcrowded cages or transports, often suffocating or crushing each other to death. Violence from handlers that is hushed up or overlooked so that production doesn't shut down. Facilities skipping necessary veterinary care, including pain relief and anesthesia, because they're deemed too expensive and even "unnecessary." Factory farming could not operate at its current scale without cruelty towards animals.

That's why it's so huge and amazing that New York is stepping up and helping to lead the charge against factory farming and meat consumption. Urge more major cities to follow suit, including Los Angeles, Chicago, and Houston!

But it's not only animal welfare that's at stake: meat and dairy production is also the #1 cause of climate change, which is worsening around the world. It's behind, for example, the massive deforestation of the Amazon rainforest and the fires intentionally set by farmers there. In Europe, studies from 2018 show farm animal-related production was responsible for causing more greenhouse gas emissions than every car and van combined.

If we care about stopping global warming, we need to cut down on meat. That means it's time for more cities around the U.S. and the world to follow New York's lead and urge their residents to eat less meat.

Let's be clear: there's no such thing as "ethical" or "sustainable" meat. It just doesn't exist.