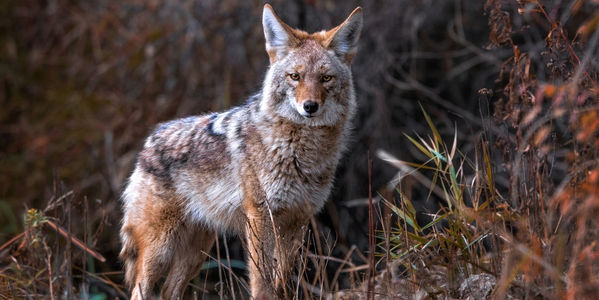 Then, one summer, authorities shot him dead.

Sign the petition to demand justice for Carl the coyote!

Over the course of 6 years, Carl became familiar with the city and grew to see its many parks as home. After all, there aren't many places in the crowded Bay Area where coyotes like him can live.

But authorities grew wary of Carl. After he became a new parent, having fathered a litter of his own pups, officials with the U.S. Department of Agriculture used that to their advantage. One evening, after the botanical gardens near his den had closed and visitors had dispersed, they played a recording that mimicked the sounds of coyote pups crying out in anguish. Carl came to investigate, in case one of the pups was his own.

Instead, he met a bullet. Agents shot and killed him on sight. Now, his youngsters have no father.

According to a spokesperson for the San Francisco Animal Care and Control, "It was heartbreaking for everyone involved. No one wanted this to happen." So why didn't they try something else? Why did he have to die? The only thing Carl did "wrong" was adapt to his environment. Humans created a city, and surrounded it with suburbs, and left coyotes like him with nowhere to go. His crime was learning to adjust and get comfortable.

Unfortunately, under California state law, agents are not allowed to relocate coyotes. So even though Carl and his family might have enjoyed a peaceful existence in a more wild, rural area, far away from people, they couldn't be given that chance.