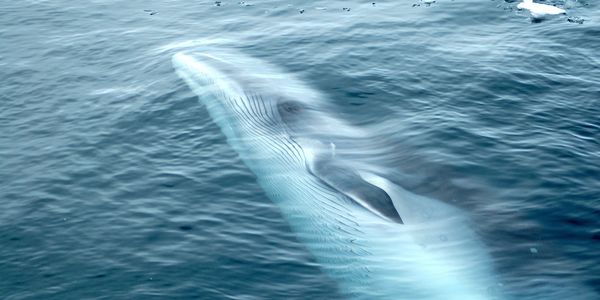 It Is Time for Norway to Permanently Ban Commercial Whaling!

More than 580 whales were brutally slaughtered during the 2022 whaling season in Norway, the highest number in the past six years. Whales are vital parts of their marine ecosystems, and are incredibly intelligent creatures that can develop complex relationships and feel pain. So why does commercial whaling - which is literally just the practice of hunting whales to sell their meat for a profit - still exist in Norway?

Nearly four decades ago, in 1986, the International Whaling Commission banned commercial whaling. And in that time, while whaling has generally decreased worldwide, Norway has remained persistent in its pursuit of whale flesh. In less than four decades, Norwegian whalers have killed more than 15,000 whales. This is despite the fact that demand for whale meat continues to plummet within the country.

According to a recent poll, only 2% of Norwegians eat whale meat often, and none of those respondents were under the age of 35. Clearly, young people understand that whale protection - not whale slaughter - is the way of the future. There is no good reason so many whales are killed when the overwhelming majority of people in the country do not even want to eat them.

The tactics that whalers use are also brutal. During the whaling season, whales are most often tragically shot with grenade harpoons, which causes immense pain and suffering before the great mammal finally dies - sometimes as long as a half hour later. Whales deserve better!

Norway is one of only three countries in the entire world that allows commercial hunts, and it is time its government commits to a more humane and sustainable future. There is no reason that commercial whaling - which excludes whaling for sustenance, practiced sustainably by indigenous communities - should continue to exist.

Care2
It Is Time for Norway to Permanently Ban Commercial Whaling!
CONDIVIDITWEET