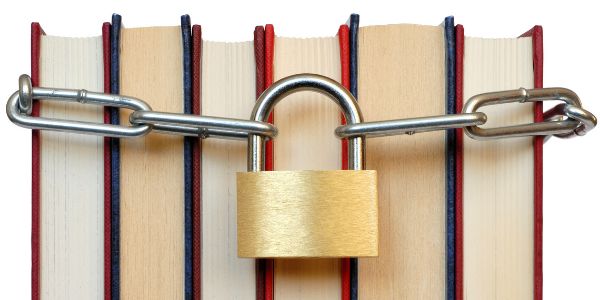 Banning books is nothing new in the United States. For decades, people attempting to preserve the status quo and prevent progress toward racial, sexual, or gender liberation have worked to ban a variety of texts from local schools and libraries. But the pace at which book banning is happening across the U.S. is uniquely alarming, and frankly, reminiscent of authoritarian regimes of the past.

Sign the petition to show that you believe books should not be censored or banned at schools or libraries!

Last fall, the American Library Association said that it received a whopping 330 reports of book challenges, an "unprecedented" number given that a single challenge can include multiple books. And it's not just that there are more books being challenged, but that entire political campaigns are being waged around preventing certain ideas from coming up in schools. Much like the GOP's recent war against Critical Race Theory - these book bans are part of extremely partisan efforts to rile up a particular political base. And this political strategy is dangerous for all of us.

Book banning is quite notoriously a strategy of political repression, and is often used to silence minority groups. So why is the "land of the free" experiencing a wave of book bans across so many states?

To make matters worse, banning and censoring books simply puts additional work on already overworked and overextended public workers such as librarians and teachers. The COVID-19 pandemic has put enough strain on both of those sectors of the workforce, which are already understaffed across the country. Why put additional unnecessary tasks on teachers and librarians plates?

Books are key ways that people not only learn about those who are different from them, but also grow to better understand their own experiences. Black kids, queer kids, trans kids, and immigrant kids all deserve representation and the ability to read stories that they can relate to. Sign the petition now to send a message to those trying to ban books: we will not tolerate censorship!
Firma la petizione
CONDIVIDIcondividi con gli amici di FacebookTWEETE-MAILINCLUDI
Firma la petizione
Vedi altre petizioni:
JavaScript è disabilitato. Il nostro sito potrebbe non funzionare correttamente.