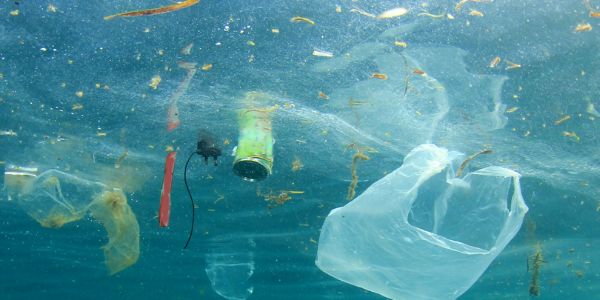 THE GREAT LAKES ARE FILLING UP WITH PLASTICS. TELL CANADA TO ACT NOW!

Big Plastic shamelessly places the blame on others - like litterbugs, municipal waste management, and even the Global South -when the reality is that there's too much plastic being made, used (once or twice) and thrown away with nowhere to go but landfills, incinerators ... and too often straight into our environment and the Great Lakes.

Despite increased pressure from Big Plastic to stop action on plastic pollution, Canada has committed to reaching zero plastic waste by 2030 but it needs to move quickly.

The federal government already released final regulations to ban six harmful single-use plastics by the end of 2022. It's a good start but it's not enough to curb the wave of plastic pollution filling up waterways and the Great Lakes.

It's time for the federal government to:

I am relieved that the regulations to ban six single-use plastics will start coming into effect by the end of this year and include a ban on the export of these harmful products.

It's a good start but there's more to do.

I wholly support your government's goal of ending plastic pollution by 2030. But we won't get there without further bans on harmful and unnecessary single-use plastics, support for reusable packaging as an environmentally-sound alternative, and a commitment to phase out toxic additives and non-recyclable plastics.

Your government must step up action to turn the plastic tide. The Organization of Economic Co-operation and Development recently forecast that plastic waste around the world will triple by 2060 unless countries take action to reduce plastic use.

That's why I'm calling for an ambitious action plan to 2030 that:

Care2
THE GREAT LAKES ARE FILLING UP WITH PLASTICS. TELL CANADA TO ACT NOW!
CONDIVIDITWEET