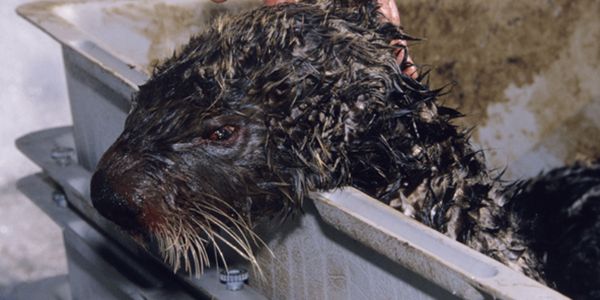 Protect the Ocean from the Threat of Offshore Drilling

The Trump oil and gas plan has suffered a major setback. Instead of forging ahead with a new five-year offshore oil and gas plan that aimed to open up almost all of America's coastline to risky offshore drilling—the new Secretary of the Interior, David Bernhardt, announced this plan would be delayed indefinitely.

While this is very good news—we need to stay vigilant!

Let's use this time to build support for Congressional action that will protect important and sensitive ocean areas.

Members of Congress have proposed legislation that would protect key parts of our ocean from the threat of offshore drilling. But, they need to hear that their constituents support this legislation so the bills are passed into laws that are enforced on the water.

Congressional action is necessary because Secretary Bernhardt has not officially stopped the offshore drilling planning process, and there is no reason to think the Trump administration will step back from its efforts to expand offshore drilling. Secretary Bernhardt has repeatedly catered to the oil and gas industry at the direct expense of a healthy ocean and the communities that depend on it.

It's time for us to roll up our sleeves, speak up and ask Congress to pass legislation that protects important ocean areas from the threat of offshore drilling.

The Department of the Interior recently announced that the release of the next draft of the administration's proposed five-year offshore oil and gas leasing plan would be delayed "indefinitely." The plan, originally released in January 2018, would have opened over 90% of United States oceans to oil and gas drilling.

This plan was met with strong bi-partisan opposition from coastal state residents, businesses, municipalities, state legislatures, governors–and in the halls of Congress. While coastal communities around the country are celebrating the delay of the five-year oil and gas leasing plan, offshore drilling still presents a threat to our ocean and the wildlife, communities and businesses that depend on it.

Congress has the power to provide tangible and long-term protections from the threat of offshore drilling. I applaud the Members of Congress who have listened to the overwhelming opposition in their districts and states and supported legislative proposals to protect our coasts from offshore drilling. I am writing to express my strong support for these legislative packages, which would collectively protect the entire Atlantic and Pacific and extend the drilling moratorium in the Eastern Gulf of Mexico:

I urge Congress to take decisive action and move these bills forward so that our coasts can have the protections from offshore drilling that coastal communities around the country are demanding.

Care2
Protect the Ocean from the Threat of Offshore Drilling
CONDIVIDITWEET