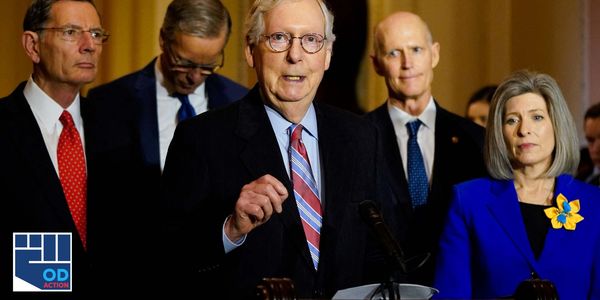 Don't be fooled by the flashy ad campaigns with a diverse cast and meaningful piano music extolling how much Corporation X cares about social justice issue Y. The grim truth of the matter is, corporations will dole out money to anyone and everyone in order to protect their bottom lines and the ensure the unfettered flow of ill-gotten wealth into the pockets of their shareholders.

A Popular Information analysis of corporate political giving found 13 major companies have given a staggering $15.2 million to the GOP's fundraising arms since 2016.

Amazon, AT&T, Citi, Coca-Cola, CVS, Google, Walmart (of course), Verizon, General Motors, Comcast, Walgreens, Wells Fargo, T-Mobile; all these corporate behemoths have been pouring money into the war chests of anti-abortion politicians for years and years while pretending to care about social justice issues in public.

We need to make sure corporate America knows that giving money to anti-choice and anti-LGBTQ politicians is unacceptable — and if they won't stop, we'll put OUR money where our mouths are.