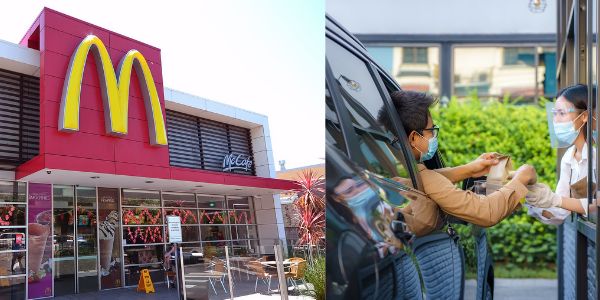 Sign on to Support McDonald's Workers Striking For Better Wages!

Fast food chains in the United States are having trouble finding enough workers to staff their restaurants right now. There's a good reason for that: many people who work at McDonald's don't make enough money to survive, let alone risk their lives during a pandemic. That's why this is the perfect time for McDonald's employees to finally collectively assert their right to a living wage!

Sign the petition to support the McDonald's workers in 15 cities across the United States who are planning to strike starting May 19th until they are all paid at least $15 per hour.

Working at a fast food restaurant is no walk in the park. It can be long hours with challenging or downright cruel customers and in some positions, significant physical labor. Lots of McDonald's workers currently have to work way more than 40 hours per week, and sometimes hold multiple jobs, in order to make ends meet. That's unacceptable! No one should have to work multiple jobs and back breaking hours just to survive. If workers made a guaranteed minimum wage of $15 per hour, that would go a long way.

The Fight For $15 campaign has been going on for so long that now, $15 is actually far too low according to inflation and the rising costing of living expenses, especially housing. That's why $15 really should be the minimum wage in the entire country. In fact, McDonald's recently admitted that they could absolutely pay all their workers $15 and still stay in business just fine!

Because of the current labor shortage they're experiencing, McDonald's is trying to hire 25,000 workers in Texas and 8,000 more in Tennessee -- and they're still having to compete with other fast food chains that are hiring too. This means that the highest paying jobs where workers are treated the best will attract the most applicants. It also positions the workers already striking in 15 cities in a perfect spot; even if McDonald's doesn't want to do what's right and pay their employees a livable wage, they won't last long without anyone working for them.

Sign on to support the strike, which has been organized with the Fight For $15! You can join their day of action on May 19th by visiting this page and finding an event.