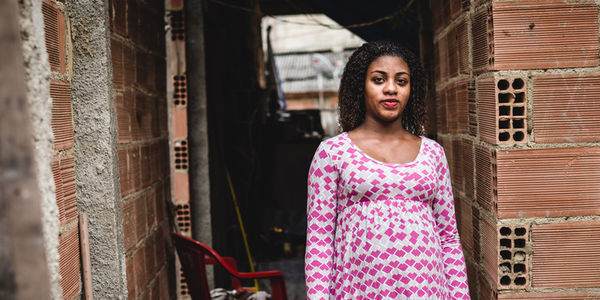 Pregnant Teens Are Banned From School In This Country

Sierra Leone was one of the hardest hit places with the latest outbreak of the Ebola virus. Unfortunately, right after this tragedy there was a spike in teen pregnancy due to how many parents died. But once the worst of it was over, pregnant teens were banned from attending school, thus losing their right to an education.

Sign on if you want this horrible measure to be thrown out so that pregnant teens have the opportunity to finish their education!

The reasoning for the ban is ridiculous, too. Officials say that by sequestering the pregnant teens, the "innocent" (aka not pregnant) girls wouldn't be corrupted. That kind of reasoning only serves to discriminate and doesn't actually "protect" anyone from teen pregnancy. The only thing that prevents teen pregnancy is comprehensive sex ed and access to affordable or free birth control, and even then, pregnancy can happen and it is never a moral failing of the pregnant person.

Not to mention at least some of these pregnancies are absolutely the result of rape or incest, meaning a victimized person is being victimized a second time by the system. Then there are all the girls who began trading sex to support their families after parents had died and who became pregnant during that time. These are not girls who deserve to get kicked out of school.

But Sierra Leone seems to think it's fine to keep girls from finished their educations. And it is only the girls, even though their pregnancies were actually caused by boys or men. But they don't seem to think boys or men who impregnate girls are a risk to the "innocent" children. Ultimately this move is just perpetuating inequality and poverty of women and girls, especially given many of these girls may be raising their children alone. This is exactly why they need an education.

Care2
Pregnant Teens Are Banned From School In This Country
DELENTWEET