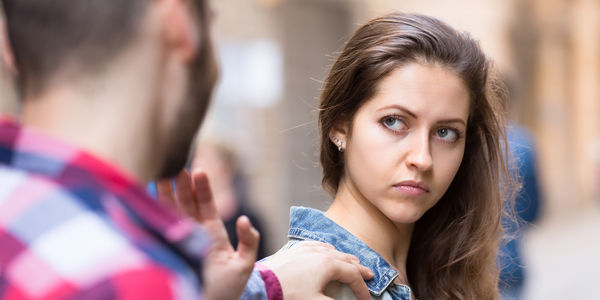 Women Are Being Physically and Mentally Harassed Just for Getting Healthcare

Deciding to get an abortion is never an easy choice. The self-doubt, societal guilt, and stigma for many can make the situation really difficult. Making that decision should be the most difficult part. However, the torment rarely ends there. Something as simple as getting in the front door of the clinic is an ordeal.

Often women face a gauntlet of protestors, holding anti-choice signs, and yelling violent vitriol or worse. Beth Redmond, of the United Kingdom, told online publication Refinery29 about her experience when she went for her medical abortion in 2012. She said as she made her way to the clinic, protesters held up graphic signs and leaflets of bloody fetuses. They called her a murderer and made her question whether or not they were right.

Even after spending weeks taking the time to make her decision, she was still bombarded with doubts and shame by anti-choice activists determined to make the experience as unpleasant and stressful as possible.

Six years later, she's an activist herself and holds counter-protests at clinics. According to her, other women have had experiences "ten times more horrific." Protesters have thrown "holy water" on the steps of the clinic, blocked women's entrance into the clinic — and even hit one woman with their car.

Despite these disturbing stories, last week, the British Home Secretary — Sajid Javid — refused to take measures to protect women seeking an abortion. When given the option of approving buffer zones around clinics that would block women from aggressive protesters, Javid said such a plan "would not be a proportionate response" since these types of violent harassment tactics were "not the norm."

His decision displays a wealth of ignorance of the realities of what women face when choosing to terminate their pregnancy. It also fails to take into account how damaging and long-lasting anti-choice protesting tactics can be, even when they are nonviolent.

British women who seek services at clinics and the staff that work within them deserve protection. And it is up to Secretary Javid to create a plan that will do just that. Show your solidarity for the women of the United Kingdom and demand that Home Secretary Javid protect women who choose abortion.