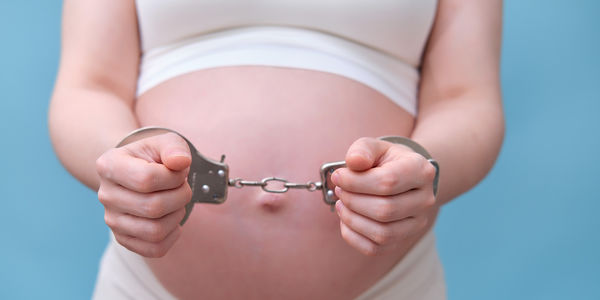 Some states are chaining up pregnant people as they give birth to their babies!

In 2018, the long overdue First Step Act was passed into law, which federally prohibits the shackling of expectant mothers. Yet in state prisons and county jails this act does not apply, leaving the vast majority of incarcerated women -- approximately 85% -- at the mercy of their guards, unprotected by federal legislation during one of the most physically intense medical experiences of their lives.

Sign to demand: all states must ban inhumane cuffing and shackling of expectant inmates!

Of course, we know that the demographic of people who can become pregnant and need protection is not limited to women -- for example, trans men and nonbinary folks can have uteruses, and therefore carry and birth children. Unfortunately, the U.S. legal system is painfully gendered, leaving these groups of people misrepresented and in danger. Until we can change those structures entirely, we may need to use limiting language here as it relates to the law.

Childbirth anywhere is dangerous, but in the United States it is especially risky -- in fact, the U.S. is the most dangerous place to give birth in the developed world, especially for Black women. Giving birth and being pregnant while shackled can heighten all of these risks, beyond simply being extremely painful and dehumanizing. Childbirth should be a safe, joyous experience for expectant parents -- not one that immobilizes and traumatizes them. Shackling expectant inmates quite literally further endangers their lives and the lives of their future children.

Being incarcerated is in and of itself deeply traumatizing. As many as 44% of people in locally-run jails and 37% of people in state and federal prisons have been diagnosed with a mental illness, and other studies suggest that being locked away from friends and family exacerbates all of these struggles and makes rehabilitation even more difficult. People forced to endure restraint during childbirth are at a heightened risk for severe mental distress, anguish, and depression. And the vast majority of the time, these people are simply shackled because of "rules or protocols" at local jails and state prisons, not for any real safety purposes.

The solution is simple, and long overdue: cuffing and shackling of expectant parents should be illegal in every single state. Sign now to ban this inhumane and cruel practice!

Care2
Some states are chaining up pregnant people as they give birth to their babies!
DELENTWEET