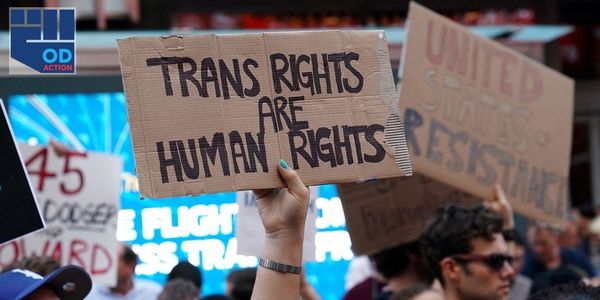 Alabama Governor Kay Ivey signed into law SB 189, a bill that threatens those who provide life-saving medical care to minors with 10 years in prison and a felony. Critical gender-affirming care such as hormone treatment, puberty blockers, and gender reassignment surgery will be denied to already marginalized children until they are well past puberty – psychological warfare on at-risk LGBTQ+ youth by the hands of the GOP.

Add your name to tell the Justice Department to put a stop to the latest anti-trans bills in Alabama!

An estimated 1.8 million LGBTQ+ young people consider suicide each year, according to the Trevor Project, and over two-thirds of of LGBTQ+ youth said their mental health has been negatively impacted by recent debates over transgender rights.

The Justice Department already sent a letter to every state attorneys general last month warning them that blocking gender-affirming care for LGBTQ+ youth could be unconstitutional. The DOJ has already threatened litigation in response to hateful bills like these, the Alabama GOP knew that they could be infringing on the constitutional rights of nonbinary and transgender minors. They just didn't care.

Sign your name to call on the DOJ to stop Alabama's attacks on transgender youth!