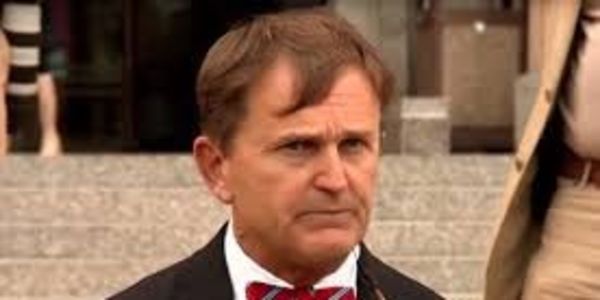 This Official Abused Their Power By Tracking People's Menstrual Periods

When a person visits a medical professional, they have an expectation of privacy. In fact, that civil right is written into many laws, including HIPAA, which prevents medical professionals from breaking their patients' confidentiality. That's why it's so scary what just happened in Missouri: the state's Health Director, a medical doctor, abused his power by accessing confidential medical records for political purposes.

Right now Missouri residents are fighting to keep their last remaining full service reproductive clinic open and this official, Dr. Randall Williams, went digging in that clinic's records to try to find issues to get it shut down. Sign now if you think this man abused his power and should be fired from his position.

The information he was after was a spreadsheet of patients menstrual cycles. If that sounds invasive, unnecessary and ultimatley kind of creepy, you're totally right. His aim was to try to show the clinic had conducted "failed abortions". And just like any medical procedure, there is a margin of error that is totally normal. When he found a few cases where people had to come back to finish their abortion he held that out as evidence of how bad the clinic was. Essentially, he went hunting for an issue because he doesn't want Missouri to have any clinics offering abortions.

What he found was totally normal. But how he found it was completely unethical. He had no right to the data of those patients, especially because it's clear he doesn't have their best inerest at heart. Those people chose an abortion and this man is trying to stop them and others from ever doing so again. He is aiming to end a person's right to choose when and how to become a parent and we can't let it stand.

Sign on to demand Dr. Randall Williams is fired from his position at the State Health Director right away. He has no itnerest in public health, just controlling people's bodies.