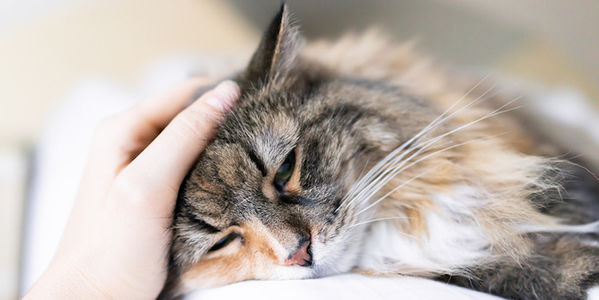 We Need a Federal Ban on Cat Declawing Now! Add your name to end this inhumane practice.

Cats are often misunderstood. In response, cat owners can often be misguided. One instance in which this is clear is the interest and pursuit of a horribly cruel and painful procedure commonly known as cat declawing.

This unnecessary procedure is not a manicure. For reference, the human equivalent of cat declawing would be cutting a human finger off at the first knuckle. That's why we must be a voice for the voiceless, and urge our lawmakers to pass a nationwide ban against this inhumane practice.

Sadly, a declawed cat's pain doesn't start and end with the procedure — once declawed, a cat has to relearn how to walk and suffers in pain with each step for the rest of their life. Making matters worse, cat declawing can lead to a host of other behavioral problems like not using the litter box and increased aggression.

In 2019, New York became the first U.S. state to ban cat declawing state-wide, while metropolitan areas like Los Angeles, San Francisco, Denver, and St. Louis have banned cat declawing city-wide. And in February 2020, the American Vet Medical Association changed their declawing policy to discourage the procedure. It's time for the United States to join over twenty other countries who have issued a nationwide ban against this cruel and inhumane procedure.

Care2
We Need a Federal Ban on Cat Declawing Now! Add your name to end this inhumane practice.
DELENTWEET