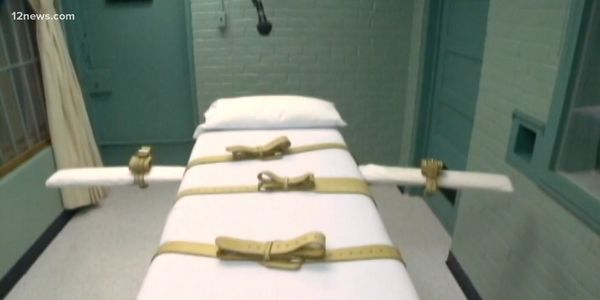 Although the death penalty is legal in the state of Arizona, there hasn't been an execution in seven years -- ever since a "botched" lethal injection in 2014 left inmate Joseph Wood painfully dying for an agonizing 2 hours.

But the state's department of corrections has plans to restart executions in the most horrific way possible: in a gas chamber that hasn't been used in 22 years, with the same gas that was used in Nazi-run Auschwitz, hydrogen cyanide.

The death penalty is by definition "cruel and unusual punishment," making it completely unconstitutional. It has also been proven to have little to no effect on reducing crime. Sign the petition and ask that every U.S. state where the death penalty is still legal ban it at once, including Arizona!

The justice system in the United States is undeniably broken. Data as recent as 2016 showed that "six out of 10 people in U.S. jails -- nearly half a million individuals on any given day -- are awaiting trial." The country, which has the highest incarceration rate in the world, is famous for locking people up that have not yet been proven guilty, especially if they are Black or a person of color. There are a disproportionate amount of innocent people locked up in the United States, and therefore the death penalty cannot be applied 100% accurately even if it was an appropriate punishment -- which it is not.

Since the 1970s, over 75 countries have abolished the death penalty for all crimes and there is no data that suggests crime has risen because these governments have stopped murdering people.

Time is of the absolute essence -- there are 115 inmates on death row in Arizona, and 2 of them have already been selected for possible execution using this newly refurbished horrific gas chamber method. The same method that the Nazis used to kill over 1 million people at Auschwitz and other concentration camps.

Sign the petition if you want to see Arizona, and any other state that still allows the state-sanctioned murder that is the death penalty, to abolish it at once!