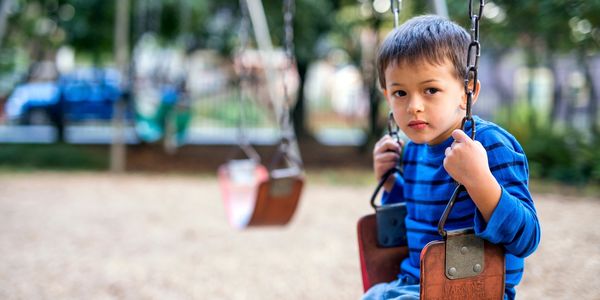 People Are "Listing" Adopted and Fostered Children on Facebook Like Pets That Need Re-homing, and the Posts Are Horrifying

Imagine you are a child who is already going through one of the most difficult things imaginable: growing up without a permanent home, shuffled through the foster care or adoption systems. It's already confusing, emotional, and even scary. Then, you find out you're going to live with a new family – complete strangers who your current temporary family basically sold you to on Facebook.

In an attempt to re-home their fostered or adopted kids, people across the country are posting listings on the social media site. These posts are not only degrading and dehumanizing; they are creating a  wildly unregulated, dangerous process which puts these already vulnerable children at further risk of displacement and trauma. Why is Facebook yet again allowing harmful speech and dangerous practices on its platform?

The language of the posts is often so dehumanizing that they read like advertisements for people trying to get rid of their pets. One Facebook post describes a child as being a "great hugger," grossly suggesting the point of adoption is to find a baby that will satisfy your physical affection needs. Another post boasts that a child "comes with a special $2,000 a day contract," as if the child is not a human being but a gig economy opportunity or a new computer. There are literal human beings with full, complex lives being reduced to a Facebook ad, and the social media giant is doing nothing about it.

The adoption industry was already under fire for not being perfectly regulated, but the shift to an online market for adoptions has made things measurably worse. There are even reports of fake adoptions and fraudulent scams to steal money from well-meaning people seeking children to adopt, or to incentivize poor parents who had plans to give birth to give up their babies for money at the last moment. So why is Facebook continuing to allow these posts and conversations to go on on their platform?

These posts are horrific, and every single child going through the foster or adoption system deserves better. And now that we are, devastatingly, living in a post-Roe world, there will undoubtedly be countless more children being cycled into the foster care and adoption industries.

Facebook has failed to adequately moderate content for years, and this is just another example of that same patterned behavior. We must pressure the social media giant to take responsibility for their actions and protect children in the adoption and foster care system! Sign now to tell Facebook: shut down all of these groups and make sure no more pop up in the future!

Care2
People Are "Listing" Adopted and Fostered Children on Facebook Like Pets That Need Re-homing, and the Posts Are Horrifying
DELENTWEET