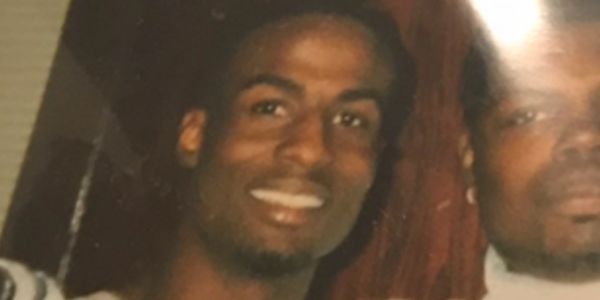 **NEW DETAILS AT THE BOTTOM***

My father William Young was lynched and the LaSalle County Police Department covered it up.

I know these past couple of weeks have been draining. With all the hatred being thrown at those fighting for equality in the justice system (literally thrown, i.e teargas), I hate to add yet another story of strange fruit hanging. But alas, a lynching of a black man in America happened and as you can guess, no justice was served.

Only this time, that man was my father. On September 18th, 2018, William Young (aka Boo) was found hanging from a tree in the woods and LaSalle County Police Department ruled it a suicide and lied about multiple details. So I need your help. As painful as it is, I cannot move forward without trying my absolute best to obtain justice for him.

I need your help to garner attention for this case and to demand the FBI and Attorney General to re-open my fathers case, a more in-depth investigation, and fire the officers involved in the initial handling of the case.

When someone dies, their loved ones always boast about how amazing they were, even if the person didn't really do anything that amazing. When I say my father was amazing, I truly mean it. Thousands, and I mean THOUSANDS of people showed up at his funeral because of his great impact in the community. He was a family man, and he would have never abandoned my family the way they said he did. He was an amazing soul, a man of God. He was a preacher. He later on worked with special needs children who often got in trouble. Anyone that knew him will say he was a very funny man; Always cracking jokes every chance he got. The content of his character should not really matter when talking about an injustice like this. It shouldn't matter if the black men who are lynched are great people. But I share this information about him so nobody can discount his character or vilify him like they do so many black men in the media.

Obviously, something isn't adding up here. Obviously someone is lying. Knowing how racist that general area is, knowing the history of police brutality across this nation, there is more than enough information to conclude that something truly awful and illegal happened to my father and the police were apart of it or the very least, covered it up. Either way, I demand justice for #williamyoung #boo

If you read all this and still try to find a way to justify what happened, I beg of you to ask yourself these questions:

Some people will wonder why I am speaking up now. And to them I say, maybe I should've took action for his justice as soon as it happened, but until you're in such a surreal situation, you will not understand how difficult it was for me to talk about this tragedy. Even to myself. I couldn't process what happened, and I honestly didn't feel anyone would have cared. Because historically, they haven't. Since before Ahmaud. Since before Breonna. Since before George. All the way back to Emmett Till. That's what trauma does to your brain. But with the uprising of the #BLM revolution taking the nation and the world by storm, I felt I couldn't stay silent anymore. And I wouldn't be alone.

THINGS YOU CAN DO TO HELP:

I love you pops! I will do everything in my power to bring awareness to your death and make it right. I ask that you take a few minutes out of your day to help me on my journey to justice.

William Young was a young father who had just signed a lease on a new home and was excited to start the next chapter of his life. He was found dead under very mysterious circumstances, including having blood under his fingernails that was never tested. Police stated that he attempted suicide three different ways before hanging himself from a tree using car jumper cables, but the evidence does not add up. We want the case investigated properly.

-Sign my family's petition to have the case reopened

The day after my father's body was found in LaSalle, a family friend went to the scene of his death as well as the police department in an attempt to get a better understanding of what happened. Some of the points below are observations he made. Here are some new things we have learned.

There are questions that need answers.

-Why wouldn't they allow our family to view the body?

-Why were there tire tracks in the grass near the tree AND grass stuck underneath his car that wasn't investigated?

-Where are the jumper cables?

-Where is the surveillance footage from the building right across from the crime scene?