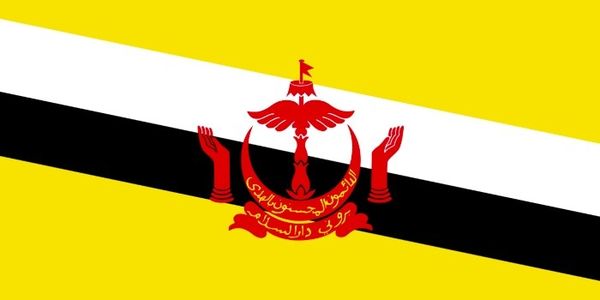 Tell Trump, Pence and Pompeo to Stand Up for Human Rights in Brunei and Around the World.

Brunei has just enacted one of the world's most horrifying anti-LGBTQ laws. Under this draconian law, LGBTQ people can be whipped, tortured and even stoned to death. And around the world, LGBTQ people still face discrimination, persecution and violence — in fact, in at least ten countries, LGBTQ people could be put to death..

As others around the globe have spoken out and called for swift action in the face of this global human rights crisis — Donald Trump, Mike Pence and Secretary of State Mike Pompeo have been silent. They have abandoned America's moral leadership on human rights and let authoritarian regimes attack LGBTQ people and roll back hard-won rights.

We need your help to get their attention. We need them to take action. Tell our leaders they must speak out and act — and help protect the lives of LGBTQ people in Brunei and so many places around the world, such as Chechnya and Tanzania.

Join HRC in sending a message to Trump, Pence and Pompeo to urge them to demonstrate moral leadership and begin putting human rights first at home and abroad. Add your voice and demand action!

As a fierce advocate for human rights both in the U.S. and abroad, I am urging you to publicly and personally condemn Brunei's draconian anti-LGBTQ law and anti-LGBTQ violence around the world, including in places like Chechnya and Tanzania.

In at least ten countries, LGBTQ people could be put to death. And in 69 countries, consensual same-sex activity is still a crime. This is unacceptable.

HRC, alongside human rights organizations, political leaders at the United Nations and around the world, and countless citizens from all walks of life have already spoken out against these atrocities.

Our democracy was founded on the values of freedom, liberty and equality and for decades, the United States has led other nations in promoting our most cherished ideals around the world. This administration's silence is an affront to these core values — and it undermines our leadership and moral standing in the world.

America must always be a leader when it comes to human rights. End your silence now.

Care2
Tell Trump, Pence and Pompeo to Stand Up for Human Rights in Brunei and Around the World.
DELENTWEET