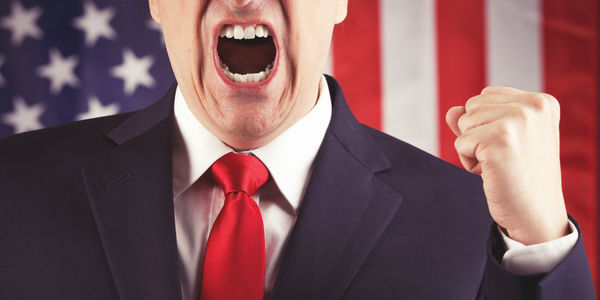 AFPAC (America First Political Action Conference) is hate, pure and simple. This annual conference gathers together the worst of the worst, putting holocaust deniers and white nationalists in the spotlight and center stage.

So why did Marriott Hotels let these hate-filled lowlifes host their big annual gathering on one of their properties in Orlando, Florida?

We're demanding answers. Marriott Hotels, why are you giving these people a platform?

AFPAC is organized and led by Nicholas Fuentes, an avowed white supremacist whose reprehensible views include praising Hitler and denying the holocaust. Other speakers have spouted anti-Black rhetoric, encouraged violence against political opponents, and spread anti-science misinformation.

Despite AFPAC's history of spreading hate and lies, event organizers were able to secure a venue at the Orlando World Center Marriott.

No one should give these white nationalists a platform. We demand Marriott Hotels issue an immediate condemnation, and a promise that they will never again allow their space to host AFPAC or any other gathering of racists.