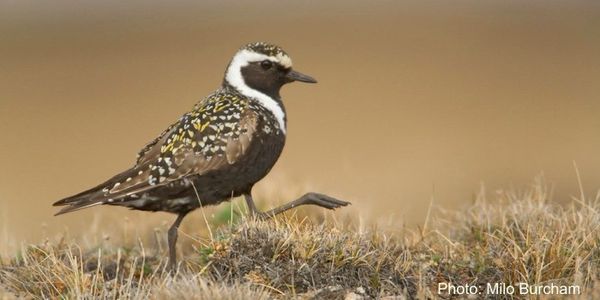 The Arctic National Wildlife Refuge has never been in greater danger, as the administration continues the rush to open it to oil drilling. But there's hope. A new bill in Congress would restore longstanding protections to the Refuge. The Arctic Cultural and Coastal Plain Protection Act (HR 1146) would ensure the Refuge will continue to be a sanctuary for birds, other wildlife, and people.

Urge your U.S. Representative to support HR 1146 to restore protections for the Arctic National Wildlife Refuge

As your constituent, I urge you to support HR 1146--the Arctic Cultural and Coastal Plain Protection Act--in order to restore protections for the Arctic National Wildlife Refuge.

The Arctic Refuge is one the wildest landscapes left in the nation, and the home to millions of migratory birds that migrate through all 50 states to nest in this rich habitat. The Refuge is also the calving ground for the 200,000 Porcupine caribou herd, upon which the Alaska Native Gwich'in Nation have depended on for millennia, and it is the most important onshore denning habitat for polar bears, which is becoming increasingly significant due to climate change.

Yet due to the 2017 tax bill, the Arctic Refuge is now seriously threatened by oil and gas development. HR 1146 would repeal the provision of the tax bill that opened the Refuge to drilling, and thereby restore the longstanding protections for the landscape that have shielded it from oil and gas drilling. Oil development is entirely inconsistent with the purpose of this wildlife refuge and would cause lasting damage to the wildlife and people that depend on it.

Again, I urge you to support HR 1146, and help restore protections for the Arctic Refuge, so it continues to be a sanctuary for birds, other wildlife, and people.